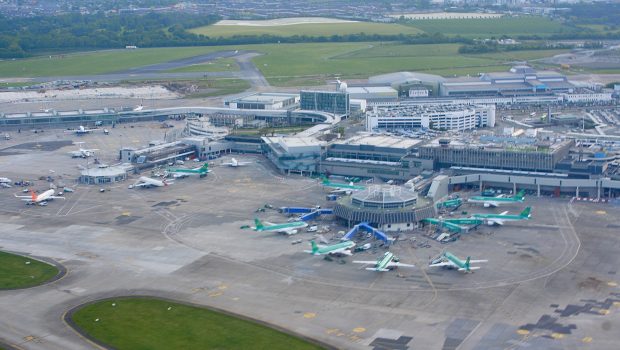 The Dublin Airport Authority has issued an updated list of the return to flying dates for some more airlines that are expecting to resume operations to Dublin following the COVID-19 pandemic. While many airlines have resumed a limited services on routes previously flown, there is still quite a few that have yet to return to Irish Airports. TUI will be resuming with a shortened IT (Inclusive Tour) Charter series from the 1st August to some of the Mediterranean resorts. Finnair will be returning to Dublin four times per week from Helsinki on 2nd August using Embraer EMB-190 aircraft. Sun Express will return on 9th August with their weekly charter flight to Turkey which they have also operated in previous years

Delta will be returning to both the Atlanta and New York JFK routes during August. They will return to the Atlanta Dublin route in early August three times per week using Boeing 767-300 aircraft followed by the JFK route using Airbus A330’s which will be a daily service. Their Boston to Dublin route will not return until the end of October.

Some new routes will also commence during August with Blue Islands, Eastern Airways both operating to the UK while LOT – Polish Airlines will return to Dublin after an absence of thirteen years to operate on the Warsaw to Dublin route.

HiSky Airlines is a new start-up airline from Moldova that had planned to start flights back in April. Their initial routes were planned to be Dublin, London Stansted, Paris Beauvais and Lisbon from Chisinau, Moldova. However, the COVID-19 pandemic has put a halt to their plans and they have had few launch dates postponed in recent months. Their new schedule shows their initial route will be to Paris on 2nd August followed by Dublin on 22nd August. They are planning to have two Airbus A320’s in their fleet for this year.

Some airlines are yet to announce their return to Dublin with their services. Canadian carriers Air Transat and Westjet are likely to wait until next year as both usually only operate summer only series of flights. Ethiopian Airlines have not set a date for the return of their passenger flights to Dublin although they are still stopping off in the early mornings for fuel on their westbound transatlantic services to Washington, Toronto and Chicago. Cathay Pacific have not yet set a date for the return of their Hong Kong service. New routes by El Al has been postponed indefinitely while the new Egypt Air service to Cairo is being put off until October.