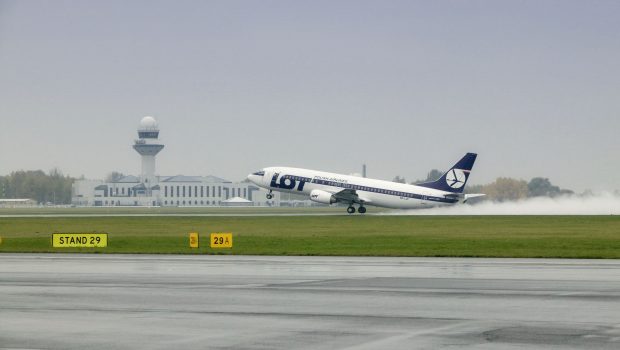 LOT Polish Airlines have announced that they will return to Dublin Airport with a regular service from Warsaw Chopin Airport. The new service will start on 23rd August and will operate four times per week. LOT previously served Dublin in the early 2000’s operating a mix of Embraer and classic Boeing 737’s on the route. The Warsaw – Dublin route will operate on Monday, Wednesday, Friday and Sunday. The flight will depart Warsaw at 14.35 and arrive in Dublin at 16.35, departing at 17.50 with an arrival time of 21.50 back in Warsaw. LOT will use their Boeing 737-800 aircraft on the route. They currently have eight in their fleet with a three class layout offering Business, Economy Plus and Economy with 184 seat layout.

Speaking when the new service was announced, LOT President, Rafał Milczarski said “A direct flight connection with Dublin was an important factor when it comes to the development of the West European LOT flight network. Due to the considerable number of Poles living in Ireland, our presence in this very country was just a matter of time. Today we can offer our compatriots the most convenient way to travel to Dublin directly from the main airport in Warsaw. As part of the gradual restoration of regular routes and the revitalisation of air traffic, we are convinced that over time the option of direct flights to the island situated on the Atlantic will also be taken by passengers from other countries of Central and Eastern Europe,”

Currently, over 50,000 people of Polish origin live in Dublin alone. According to data for 2019, the number of travellers from/to Poland and Dublin reached even 850,000. Since 15th July LOT has begun to restore its regular destinations to its European network. LOT has re-commenced services to London, Berlin, Prague, Kiev, Frankfurt, Hamburg, Milan, Geneva, Istanbul, Belgrade, and Tallinn. LOT’s offer already includes as many as over 130 connections and over 70 destinations.