Delta to Return to Dublin

Delta Airlines are due to return to Dublin from New York JFK on 5th August. The service will initially start 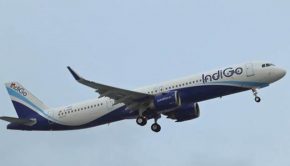 Dublin based SMBC Aviation Capital continue with deliveries of new Airbus aircraft to IndiGo and Delta Airlines. The two Airbus

Dublin based SMBC Aviation Capital have recently completed the delivery of two new Airbus A321’s to Delta Airlines. These two