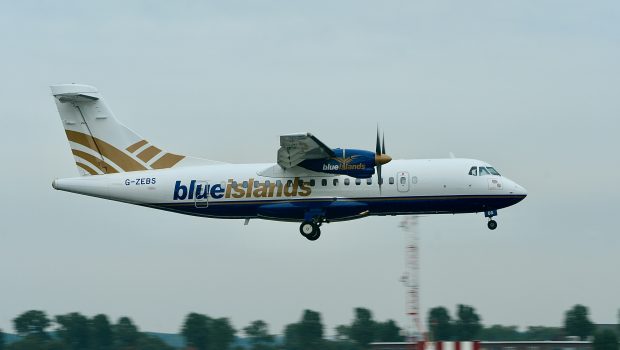 Channel Islands based regional airline Blue Islands is to launch a new route from Southampton to Dublin starting on 31st August. The four times per week service will operate on Monday, Wednesday, Friday and Sunday. The flight will depart Southampton at 15.10 and arrive in Dublin at 16.45 with the return flight departing at 17.35 and arriving in Southampton at 19.10. Blue Islands operate a fleet of four ATR-72 and one ATR-42 aircraft. They have previously flown under the FlyBe franchise since 2016 but following their demise earlier this year, Blue Islands have set up their own booking portal at www.blueislands.com

They have taken over some routes previously flown by FlyBe and are based in Guernsey while also having an operating base in Jersey. They operate to London City and several regional airports around the UK as having seasonal services to Vienna and Zurich. The airline was rebranded Blue Islands in 2006 having been known as Le Cocq’s Airlink since 1999 when they were using Britten Norman Islanders. It was renamed in 2003 as Rockhopper and following a change of ownership in 2005, the airline name was changed to Blue Islands in early 2006 when they took delivery of a BAe Jetstream 31.

Blue Islands has recently be granted a GBP£10million support loan by the Jersey government to help it deal with the current COVID-19 crisis affecting the airline and tourism industries. The loan will be paid back over the next six years and the investment will help maintain important links from the Channel Islands with the UK and European destinations. Also included in the deal is for Blue Islands to become the ‘base airline’ for the Channel Islands for at least the next ten years. The airline will be launching a new corporate identity during July and the fleet of ATR’s will be repainted in the coming months.