Dublin based leasing company, CDB Aviation, has announced a Sale and Leaseback deal with SAS. The deal involved is for

On Wednesday, the European Union General Court ruled against Ryanair in their bid to have state aid overturned to both

Cityjet have announced losses of €30.2 million before tax for 2016 mainly driven by once off costs of €8.4 million 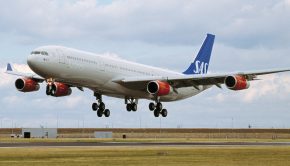 Scandinavian Airlines (SAS) announced this week that they plan on setting up an Irish division with its own AOC. The