As the third anniversary approaches of the Rescue 116 accident, the Air Accident Investigation Unit (AAIU) have published an Interim

CHC Helicopters, operators of the Search and Rescue Helicopter Service for the Irish Coast Guard, has opened its new SAR

Coast Guard Helicopters save 175 people during 2017

Coast Guard Helicopters, operating out of bases in Sligo, Shannon Waterford and Dublin, provided day and night Search and Rescue

Last update 09:10 It has been reported this morning that the Dublin based SAR Helicopter, Rescue 116, was gone missing 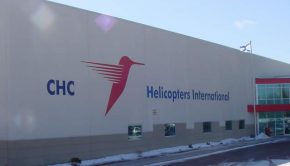 In a piece posted on 6th May, we noted that the CHC Group (CHC), had earlier announced on 5th May, that