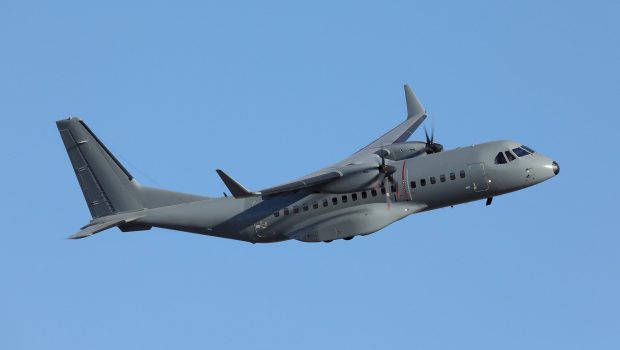 On Tuesday afternoon, the Irish Air Corps posted some photos on their Twitter account of the new Airbus Defence C-295 aircraft on the production line at the factory in Seville, Spain. The order for the two new C-295 aircraft was placed in December 2019. The aircraft are due for delivery in 2023. They are a replacement for the two CASA 235 aircraft that have been operating in the Maritime Patrol role since their delivery to Badonnel in December 1994. The Air Corps had previously operated a standard CASA 235 ‘250’ in the interim period for two years before the delivery of the dedicated aircraft.

The principal role of the C-295 aircraft is maritime surveillance, particularly fishery protection. It also enables the Air Corps to provide a wide range of services including logistics support and transport of troops and equipment, medical evacuation and air ambulance, search and rescue and a general utility role. It has been reported on social media in recent days that the Department of Defence was recently offered two second-hand C-295 aircraft at a heavily discounted price. It is believed the two aircraft would have cost less than €40 million. However, the Department did not proceed with the deal. It is unclear at this stage how far any potential dealings for these aircraft went. It is believed that the two aircraft involved were built in 2018 and 2019 respectively with the second aircraft only delivered in August 2020. They spent some time operating in Africa, but they have been returned to the lessor and are currently stored in Spain. The C-295 would have been available for use within a couple of months and be used as a familiarisation/training aircraft pending the delivery of the two new machines.