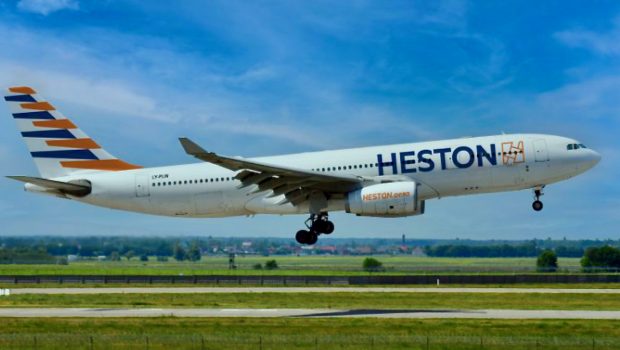 Irish leasing company Avolon has signed an agreement with Lithuanian ACMI airline, Heston Airlines to lease three Airbus A330-200’s. The airline commenced operations earlier this year when it was started up by a collaboration between Heston Aviation and Dublin based Genesis Aviation. The airline is based in Vilnius and currently have one Airbus A320 operational. They are due to take delivery of two more A320s in the coming months. The airline is planning to expand and competitive lease rates will allow the company a flexible deployment for wet lease and charter markets around the globe. They expect to take delivery of their Airbus A330-200 during August. The identity of the aircraft involved has not yet been revealed.

Commenting on the deal, the CEO of Heston Airlines, Jonas Rinkauskas said, “We are pleased to expand our offering to widebody markets with the support of a lessor such as Avolon.”

One of the companies behind Heston Airlines, Genesis has announced the appointment of Adrian Dharsan to the position of Senior Vice President of the Commercial team. The appointment of Adrian marks the Company’s first hire in Singapore where it is establishing a regional office. He brings more than 21 years of experience in aircraft leasing and will be responsible for leading engagement with Genesis’s customers in the region. Adrian joins Genesis from SMBC where he has held the position of Senior Vice President of Airline Marketing since 2008. In 2021, Adrian was elected to the Board of the International Society of Transport Aircraft Trading (ISTAT).

Commenting on the appointment, Head of Commercial at Genesis, Pat Madigan said, “I am delighted to announce Adrian’s appointment and look forward with great enthusiasm to working with Adrian and on executing our growth strategy in the Asia Pacific region. Adrian brings a wealth of experience, knowledge and extensive aviation relationships to Genesis.”