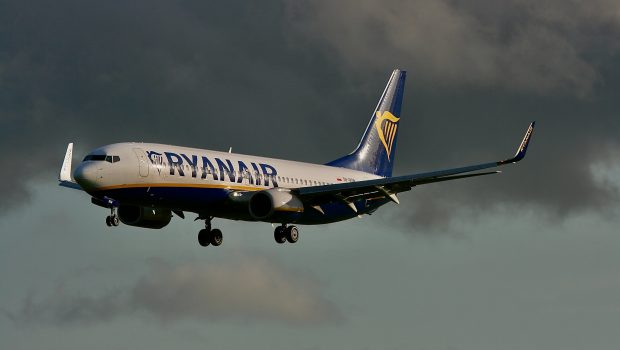 A Ryanair flight operating between Athens and Vilnius in Lithuania was diverted shortly before it was due to land and diverted to Minsk. Initial reports for the diversion was unclear as flight trackers showed the aircraft was as close to its destination airport prior to the diversion as it was to Minsk, most likely ruling out a mechanical problem with the aircraft. Unsuitable weather was also an unlikely scenario as other flights were still operating into and out of Vilnius at the time. The flight, FR4978 was operated by Boeing 737-800 SP-RSM of the Ryanair Group Polish subsidiary BUZZ.

The flight landed safely in Minsk after what the Belarus Government said was a ‘bomb scare’ and President Lukashenko ordered his military to scramble a Mig-29 fighter to escort the plane. Following the landing, the aircraft was parked at a secure location away from the terminal. A full search of the aircraft ensued and all passengers were put through security screening. One of the passengers was 26-year-old Roman Protasevich, who is a well known Belarusian journalist who now lives in Lithuania, and he happened to be on this flight and was detained by security officials. He is wanted in Belarus for so-called ‘extremist’ views and who has exposed police brutality in the country. In late 2020 there was an attempt by the government to label Protasevich as a terrorist. He could potentially face the death penalty in Belarus.

In the immediate aftermath of the landing, it was unclear as to the real reason for the diversion and European Minister were quickly out to condemn the Belarus authorities for the incident. Commenting on the diversion, the President of the European Council said, “I call on Belarus authorities to immediately release the detained passenger and to fully guarantee his rights. EU leaders will discuss this unprecedented incident tomorrow during the European Council. The incident will not remain without consequences.” ICAO was called upon to issue sanctions on Belarus if it is found to have operated inappropriately in forcing the diversion.

The aircraft finally departed from Minsk at 20.47 (local time) for the 40 minute flight to Vilnius. It is unclear if Roman Protasevich was allowed to continue with all the passengers on the flight.