Transcript of Conversation Between ATC and Ryanair Flight Diverted to Minsk

Following yesterday’s incident with the Ryanair flight from Athens to Vilnius was forcibly diverted to Belarus, the EU has strongly 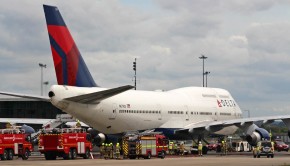