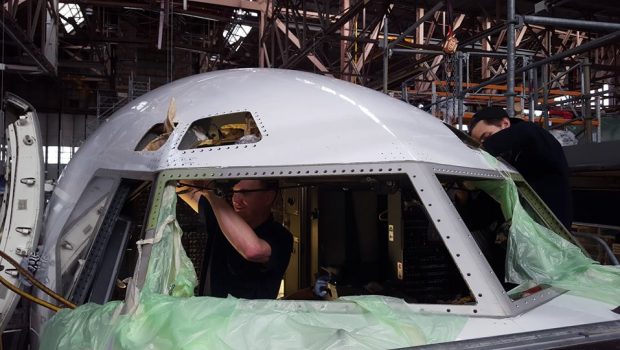 Dublin Aerospace released its annual report findings this week for the financial year ending 30th September 2020. Given the significant challenges encountered in the aviation industry during the second half of the fiscal year due to the impact of COVID-19 measures, the Directors are satisfied with the performance for the year, albeit that turnover was adverse to target and prior year.

Turnover at €42.8M was €8.2M lower than the previous financial year, a 16% decrease. Operating profit for the financial year was €2.59m (2019: €5.65m) and profit before tax was €2.66m (2019: €5.61m). Dublin Aerospace attributes the revenue decline to the difficult second half of the financial year (Apr-Sep) for all the aviation sector due to the extreme and unprecedented public health measures necessitated by the pandemic.

Despite the impact of COVID-19, Dublin Aerospace says it remains committed to its development plans. Last year, the Directors approved the development of the new Landing Gear Facility based in Ashbourne, Co Meath. Upon completion, the state-of-the-art facility will have capacity for almost 400 Landing Gear Legs per annum, doubling the current capacity and eventually about 150 people will be employed at Ashbourne.

Commenting on the announcement, Conor McCarthy, CEO of Dublin Aerospace said: “Given the disruptive and unforeseen circumstances we have all faced this past 12 months, I am very pleased with the overall results we have achieved. We acted fast and reorganised our operations to keep our people safe, whilst continuing to consistently deliver our high quality services in Aircraft Overhaul, Landing Gear and APU repair. As expected, our revenues were impacted significantly during the latter half of the year, but the availability of Irish Government wage supports helped maintain full employment and support our financial position.

These results demonstrate Dublin Aerospace’s resilience during these tough times as we continued full operations as a provider of essential aviation services. I speak on behalf of myself and the wider team, that we are looking forward to a fruitful and exciting year ahead.

With Ireland’s uniquely high level of dependency on air transport, tourism and aviation finance, we look forward to the imminent release of the Irish Government’s Roadmap for Restarting Aviation & Tourism so all participants can hire in, train up and spool up, the moment it is safe to do so.”

In September 2020, Dublin Aerospace established its first overseas MRO subsidiary business, Exeter Aerospace, with agreement being reached with Flybe Administrators, EY, to purchase Stock and Tooling previously owned by Flybe, and Heads of Terms agreed with Regional & City Airports Ltd for the long term lease of Hangars 1, 2 and 21 at Exeter Airport.  Exeter Aerospace will specialise in the overhaul of ATR and DeHavilland Turboprop aircraft in addition to Embraer Regional Jets and will complement the Airbus and Boeing capabilities at Dublin.

The Company is now the largest trainer of Aircraft Engineering Apprentices and Aircraft Mechanic Trainees in Ireland with over 100 young men and women in training at any time.  They work closely with SOLAS and the ETB to develop new training syllabi to keep up to date with the latest industry developments.  Dublin Aerospace now employs over 400 people and has a unique Profit Sharing Scheme whereby 10% of profits are shared amongst the employees every quarter. 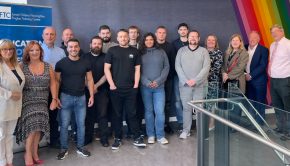