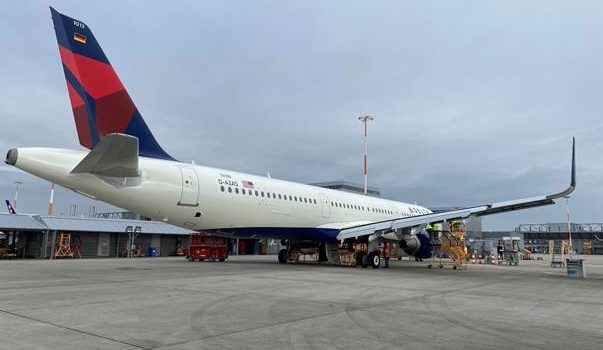 SMBC Aviation Capital has delivered the final two Airbus A321’s to Delta Airlines as part of the current eight aircraft deal with the airline. The final aircraft, N113DX (c/n 10100) was delivered at the Airbus facilities in Hamburg. The handover took place on 31st March and the aircraft will depart on the 1st April from Hamburg, heading for Keflavik, Toronto and then to San Salvador. Delta Airlines usually do not send their new aircraft directly into the United States as they would incur import tax. They can base their aircraft in San Salvador and operate them to the United States on revenue services for several months without being liable for tax. They have also done this with new Airbus A350 aircraft by basing them at their European hub in Amsterdam. From here, the aircraft operate on the transatlantic schedules to New York and Atlanta and routing them back to Amsterdam.

The seventh aircraft in the deal with SMBC Aviation Capital, N108DN (c/n 10003) has handed over to Delta in Hamburg on 17th March. Following the handover, the aircraft departed from Hamburg on the 18th March to Keflavik, Toronto and San Salvador. This aircraft is yet to enter revenue service with the airline. The flying time was a total of just under 14 hours.