SMBC Aviation Capital has this week launched a sustainability solution for its airline customers, including an initial $53.3 million investment

Dublin based SMBC Aviation Capital has announced the delivery of another Boeing 737-8 MAX to FlyDubai. The aircraft, A6-FMT (c/n 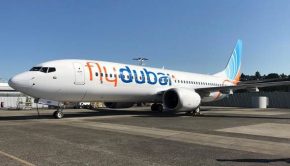 Irish Aviation companies, AerCap and SMBC Aviation Capital have joined forces with Collins Aerospace and Pratt & Whitney in a

SMBC Aviation Capital has delivered the first of three aircraft due to Juneyao Air this year. The Airbus A320neo was