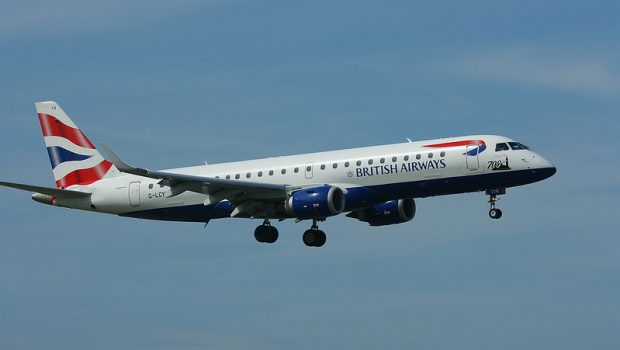 Flights between Belfast City and London City have resumed after a six month break in service. The route was previously flown by FlyBe until their demise last March. The new service is operated by Cityflyer as a British Airways franchise operator. Last year the route was London City Airport’s fastest growing, up 14.7 percent year-on-year. A total of 210,936 passengers took advantage of the convenient connection between the two cities in 2019. The five times per week route was started again on Monday 7th September by an Embraer EMB-190 aircraft that are configured with 98 seats.

Speaking ahead of the route launch, Katy Best, Commercial Director of Belfast City Airport said “Belfast City Airport is just a five-minute drive from the city centre and London City Airport has the Docklands Light Railway on its doorstep. This makes the service extremely convenient for business passengers who can travel to the heart of both cities within half an hour of landing. British Airways is a longstanding partner of Belfast City Airport and we are very pleased to welcome BA CityFlyer which will operate an Embraer jet aircraft on this important business route. With many organisations now welcoming employees back to the workplace, the launch of this popular business route is extremely timely and the service will no doubt be warmly welcomed by commuters.”