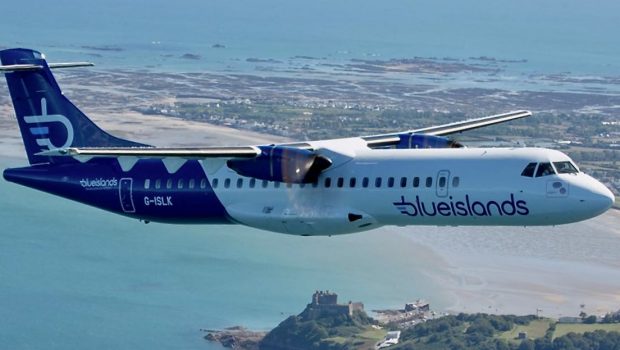 Channel Islands based Blue Islands have delayed the start of their new service from Southampton to Dublin until the end of the summer schedule. The airline announced back in July that the new four times weekly service would start on 31st August but this has now been put back until 26th October. The new service will operate on Monday, Wednesday, Friday and Sunday operated by a 72 seat ATR-72 aircraft.

In recent months the airline has rebranded with a new livery and is now using its own booking engine. The airline had previously operated flights under a franchise agreement with FlyBe but that ended when they ceased operations last March. The airline’s website shows flights available from Dublin to both Jersey and Guernsey as connections via Southampton.