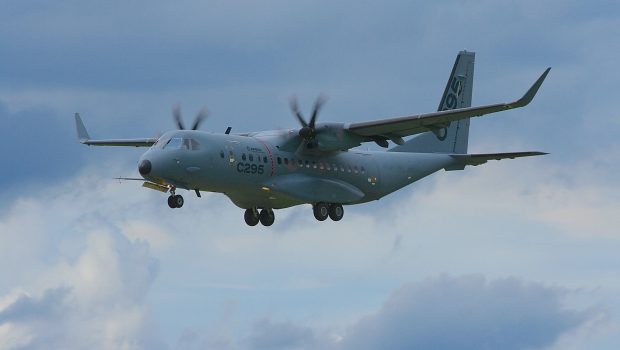 The need for a transport aircraft has come to light in recent times as troops away on United Nations Peace-keeping duties have been unable to return home due to travel restrictions arising from COVID-19. Currently, Irish troops have to be transported by commercial operators or on other foreign military transport aircraft. Recently, a number of Irish troops serving with the EU’s training mission in Mali had to return home via Madrid on a Spanish Air Force flight and then continued on to Baldonnel in an Irish Air Corps CASA.

Whilst the Irish Air Corps does have two CASA CN-235 aircraft, these are primarily dedicated to operating Maritime Patrols and are only made available for other missions when time permits. Both CN-235s are due to be replaced in 2022 with the arrival of two new CASA 295MP aircraft. The only other aircraft in the fleet with a transport capability is the Learjet 45. While it offers relatively fast transits, its small cabin and limited range means that it is really only suitable for shuttling around Europe.

In an attempt to add some additional capacity in response to COVID-19, the Irish Air Corps agreed a deal to purchase an additional Pilatus PC-12 at short notice in March. The new PC-12 has been involved in numerous missions such as transporting Coronavirus tests to a laboratory Germany, and the repatriation of Irish Defence Forces personnel from Kosovo. The Irish Air Corps are due to accept delivery of a further three Pilatus PC-12 aircraft later this year. They will be used in the Intelligence, Surveillance, Target Acquisition and Reconnaissance (ISTAR) role.

The lack of transport capabilities have existed for years but the COVID-19 outbreak has highlighted the need for the Defence Forces have their own capability to move troops and materials.

The Lockheed Hercules has been the preferred tactical transport for many nations for decades. Some have pointed to the Bangladesh Air Force’s recent acquisition five former RAF Lockheed C-130J Hercules, as an example of what the Irish Air Corps could purchase. The Bangladeshi deal cost a reported US$180m including a support package. Whether you consider new builds or refurbished second hand machines, C-130s are expensive and would likely have a lengthy delivery time. That’s even before you factor in the cost of support, crew training and possible infrastructure upgrades.

So what else is there? Many nations have accepted that an aircraft in the C-130 class is either too big and/or too expensive for their limited budgets. This second tier market has two main players the Alenia/Lockheed C-27J (Italy, Slovakia, Romania) and the EADS CASA 295 (Czech Republic, Finland, Poland). Whilst is was previously demonstrated to the the Irish Air Corps, we can discount Embraer’s C-390, as it is only in limited service with Brazil and has seen few orders outside of its home country.

The EADS CASA 295 would likely tick a lot of boxes on the Defence Forces wish list. The Irish Air Corps have operated the smaller CN-235 since 1991 when the first aircraft ‘250’ arrived. So crew training, and logistical costs would be lower. It would be interesting to see if EADS were able to provide a CASA 295 at short notice in advance of the arrival of the new machines on order. This would allow the Air Corps to work up to operational capability and reduce the dependancy of contracted flights in support of EU/United Nations missions.

Another possibility, which has become popular in a number of countries, notably in Belgium and the UK, is to have an active commercial lease agreement with an airline. In the UK, Jet2 in conjunction with Air Tanker airlines operate a couple of Airbus A330’s on behalf of the RAF where the aircraft operates for the airline but can be called on when needed by the RAF to transport troops to outstations around the world as required. Such an arrangement could possibly be put in place with the likes of Aer Lingus if they were to acquire an Airbus A320 or even an A330 and made it available when required to the Irish Defence Forces.

In these changing times of quarantine and travel restrictions, it may become a reality that the need for such a transport type aircraft will have to be acquired at short notice. Ultimately, it will depend on how committed the Government and the Department of Defence are in providing the necessary funds. Hopefully, the comments by An Taoiseach are more than just words and it won’t be long before the Irish Air Corps is at last capable of transporting Irish troops and undertaking missions on behalf of the Irish State. 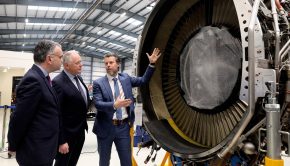