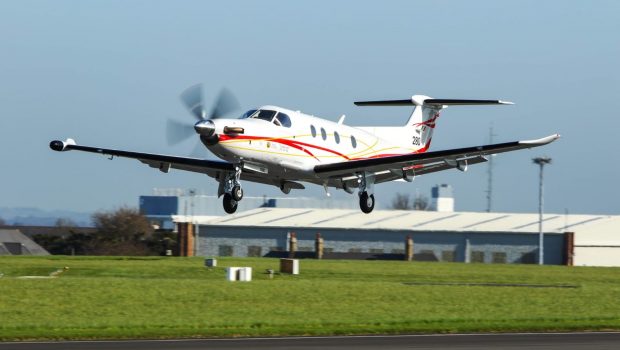 The Irish Air Corps took delivery of Pilatus PC12 ‘280’ on 2nd April, an additional airframe to the three already ordered and currently being fitted out in the USA. It was put to work straightaway and began flying training missions on the afternoon of its delivery. Following three weeks of training which saw it operate to airports all over the country, it entered service and undertook its first operational mission on 25th April.

On the 3rd May, 280 completed the delivery of Irish COVID-19 tests from Baldonnell to a German laboratory in Munich. The delivery was the first of many to be undertaken by No.1 Operations Wing. The CASA fleet have also been used to deliver test samples which has been tasked to the Defence Forces by the Government. Over the weekend No.1 Operations Wing also successfully completed the repatriation of Irish Defence Forces personnel from Kosovo Force – KFOR