Avolon has officially opened its new office in Singapore with a ceremony attended by An Tánaiste and Minister for Enterprise, 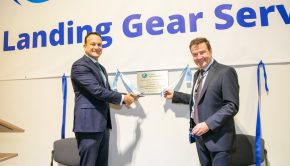 The Dublin Airport Authority, daa, have released series of new photographs in a document illustrating the construction of the new

Dublin Aerospace has announced a 20% increase in their Apprentices intake for 2020. The company intends to hire another 29

As reported in some media outlets, the Taoiseach and Minister for Defence Leo Varadkar, has asked the Defence Forces to