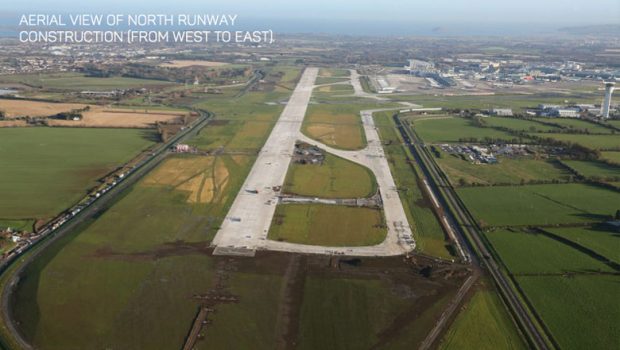 The project is being delivered through two main packages. The first package, which broadly focused on site clearance and road construction, commenced in December 2016 and was completed one year later in December 2017.

The main works compound was opened in January 2019 and the project was officially launched on February 14, 2019 by former Taoiseach, Leo Varadkar, Minister for Transport, Tourism and Sport, Shane Ross and daa’s Chief Executive, Dalton Philips.

The document containing the new photos can be viewed here.