daa, which operates both Dublin and Cork airports in Ireland and airports and business in 15 markets, has recorded a

As Dublin Airport continues to suffer the effects of the COVID-19 pandemic, just over 106,000 passengers travelled through the airport

The Ireland-U.S. Council, in conjunction with Ibec and daa, outlines why North Runway and Dublin Airport will play a critical

The Dublin Airport Authority, daa, have released series of new photographs in a document illustrating the construction of the new 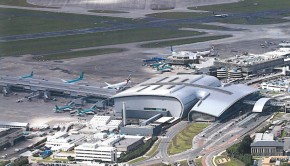 Dublin Airport passengers down 91% in October

Almost 263,000 passengers travelled through Dublin Airport in October, a 91% decline compared to the same month last year, as

Just over 392,000 passengers travelled through Dublin Airport in September, an 87% decline compared to the same month last year,

Dublin Airport Passengers Down 89% in July