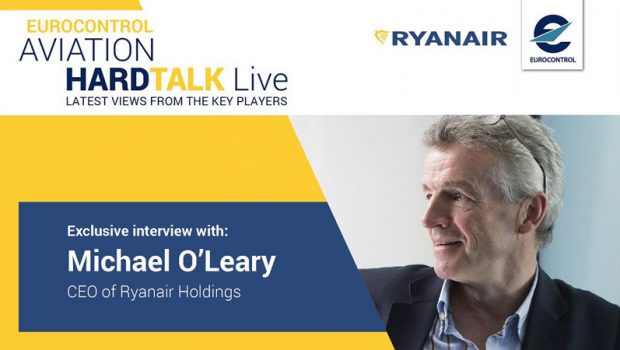 Since the beginning of the COVID-19 pandemic, Eurocontrol has been running a series of 1-2-1 interviews with aviation industry leaders around Europe. As well as taking about the impact of the pandemic and how the industry will look in five years, other areas such as the environment, changing markets, new consumer behaviours and expectations have been explored throughout the series. Andrew Charlton, journalist and Aviation Advocacy MD, hosts the interview and all sessions include a short market update by Eamonn Brennan, Eurocontrol DG. This week, Andrew and Eamonn were joined by Ryanair Group CEO Michael O’Leary for his take on the market and where it is going.