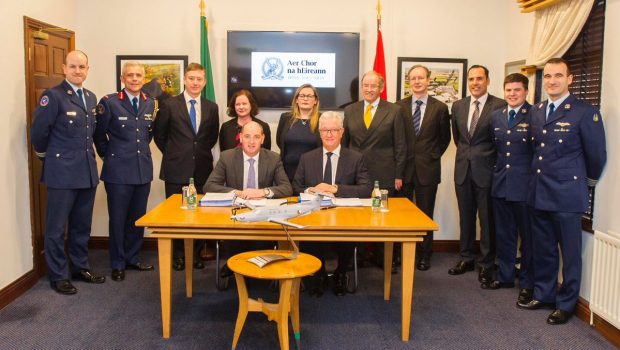 At a ceremony in Baldonnel this afternoon, Minister with Responsibility for Defence Paul Kehoe, signed a contract with Pilatus Aircraft for the purchase of three PC-12 NG Aircraft. These three aircraft are the long awaited replacement for the Cessna 172 fleet which has been in service since 1972. Five currently remain in service. According to the original tender documentation, the three new Fixed Wing Utility Aircraft will be operated by the Irish Air Corps in the Intelligence, Surveillance, Target Acquisition and Reconnaissance (ISTAR) roles in addition to other general purpose utility roles. This will allow the Air Corps to operate in closer cooperation with the Army and Naval service. The PC-12 will be equipped to carry nine passengers or 2 stretches and support staff when in a Medevac configuration.

The cost to acquire, operate, and maintain a single PC-12 NG Spectre is half that of its twin-engine competition, and at an hourly operating cost of $727 (around €662); it is a fraction of the cost of utilising rotor wing assets for the same missions. This was the likely appeal for the Air Corps as is the reconfigurable cabin that can easily transform a single asset into a tool, which can be used for multiple missions. With over 1,500 aircraft in the field, the PC-12 fleet has racked up over 5 million flight hours operating worldwide. 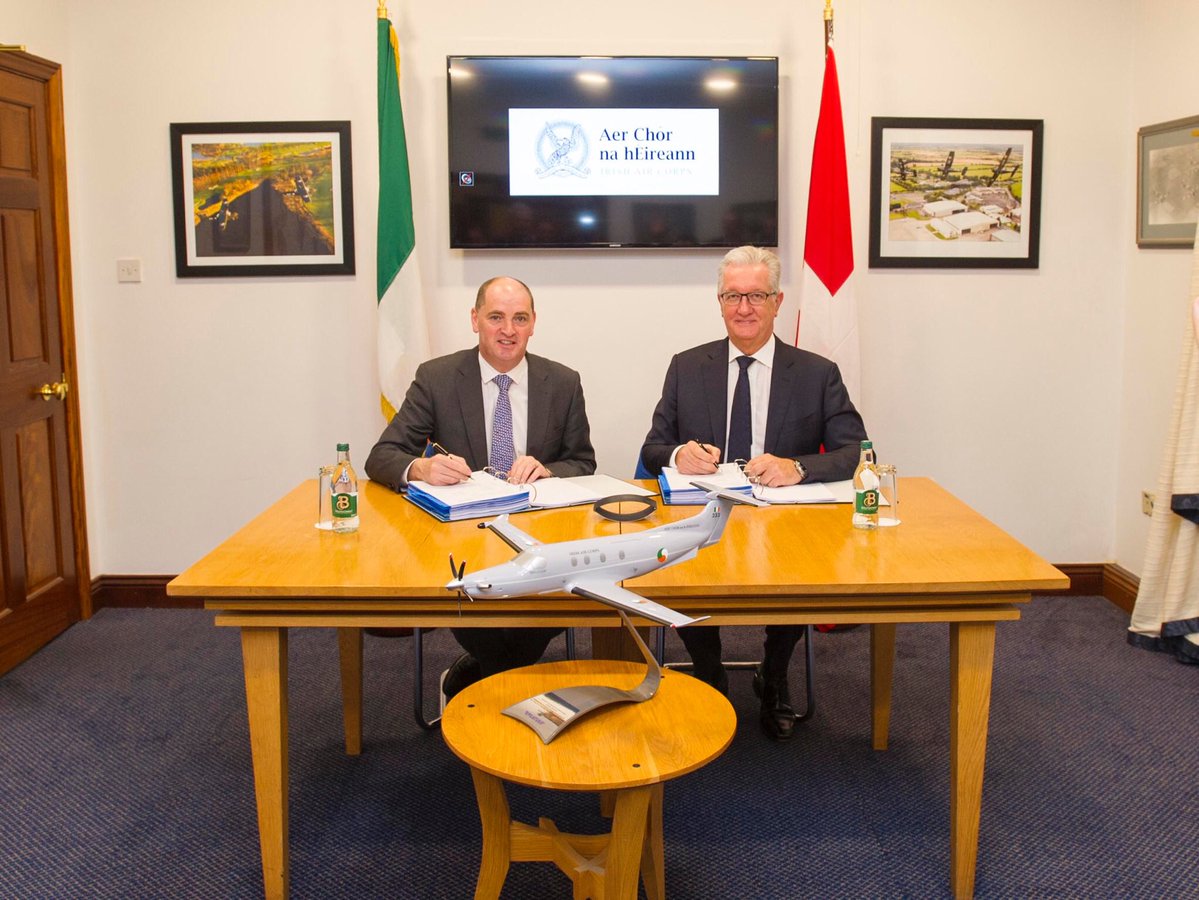 The Minister Kehoe said this afternoon during the signing ceremony “This investment is underpinned by the white paper on defence and is an indication of the government’s to ensuring that all branches of the Defence Forces continue to retain a range of flexible conventional military capabilities to meet the roles assigned by government”.

The Defence capital funding envelope of €416m over the 2018-2021 timeframe will also allow for the replacement of both of the Air Corps CASA Maritime Patrol aircraft and other major capital equipment projects in that timeframe. 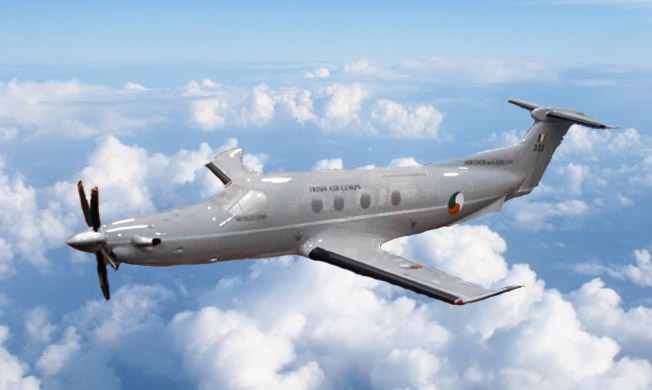 About the Pilatus PC-12

The Pilatus PC-12 is a single-engine turboprop passenger and cargo aircraft manufactured by Pilatus Aircraft of Switzerland. The main market for the aircraft is corporate transport and regional airliner operators. It is the best-selling pressurised, single-engine, turbine-powered aircraft in the world.

Pilatus announced the development of the PC-12 in October 1989 at the annual convention of the NBAA. Prior to the 1989 announcement, the PC-12 project had been worked on for some time under high levels of secrecy; by the time of the announcement, assembly of the first prototype had already commenced. Pilatus believed that the PC-12 would fit a new market not served by existing aircraft, and that the type would be the first single-engine aircraft capable of a large volume at high speed across long distances. The two prototypes were completed on 1st May 1991, with the first flight taking place on 31st May 1991. Swiss certification of the type had been originally planned for mid-1991; however, a redesign of the wings (increase of wingspan and addition of winglets to ensure performance guarantees were met) delayed progress. On 30th March 1994, the Swiss Federal Office of Civil Aviation issued the type certificate for the PC-12; FAA approval in the U.S. followed on 15th July 1994.

In May this year EASA published a rule change broadening the permitted use of single-engine turbine (SET) aircraft in commercial operations. Previously, commercial operators, both charter and cargo, were not permitted to operate any single-engine aircraft at night or IFR. The rule changes allow PC-12’s to be operated Commercial Air Transport operations under IFR and at night which significantly enhances its capability and makes the type even more versatile. These changes do not affect military operators who operate under their own national rules.