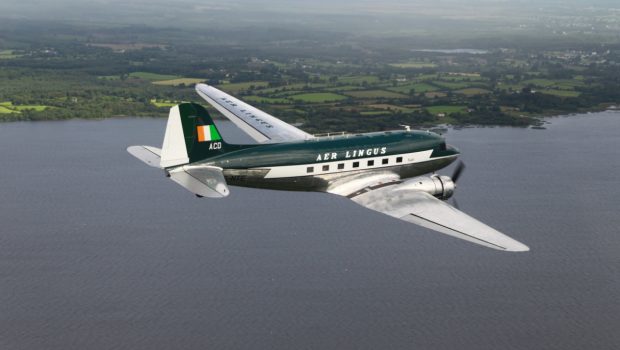 Today at Hangar 6 at Dublin Airport, Aer Lingus unveiled a Douglas DC-3 painted in the airlines’ 1950’s livery. This project was initiated by Irish Historic Flight Foundation board member Hugh Flynn and made possible by the support of Aer Lingus, which originally operated the DC-3 between 1940 and April 1964. The aircraft is currently registered ZS-NTE and was manufactured in September 1943 serving with the Royal Air Force until transfer to the South African Air Force in 1945. It remained there until it retired in 1995 and was sold to Springbok Classic Air. After a period of 7 years in storage it was restored to flying condition in 2009 and modified from a C47 cargo version to a DC3 passenger configuration. 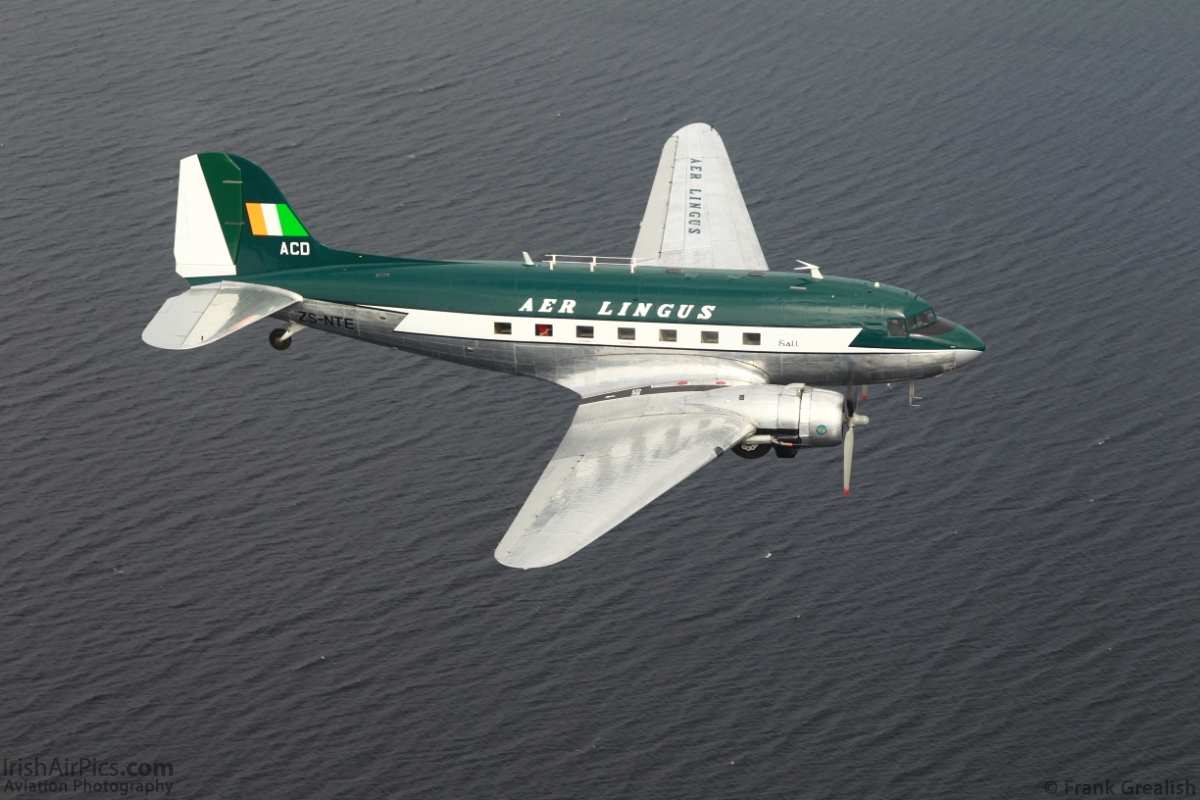 Photographed over Lough Derg while flying from Shannon to Dublin for the official unveiling. Frank Grealish / IrishAirPics.com

The aircraft was flown from Zweibrucken in Germany to Shannon on 13th June for painting into Aer Lingus colours. The livery chosen was launched in 1956 and the aircraft is painted in the colours of EI-ACD named “St. Gall” (although it still maintains its South African registration). It was rolled out of the hangar in Shannon during the week and positioned to Dublin this morning for the official unveiling. En-route, it rendezvoused with Gerry Humphreys and photographer Frank Grealish to take the fantastic air to air photos over Lough Derg that illustrate this article. After that, the aircraft continued to Birr where it completed a fly past and touch and go prior to continuing on to Dublin. A flypast at Bray was also planned but had to be abandoned due to delays caused by weather earlier in the morning at Shannon.

The ‘DAK’ was flown by Flippie Vermeulen and Noel Flynn. Flippie is a retired Captain from South African Airways and the previous owner and current operator of the aircraft in his company, Springbok Safaris. Noel is a training Captain with Cargolux Airlines in Luxembourg and flies B747-8 and -400 series cargo aircraft. 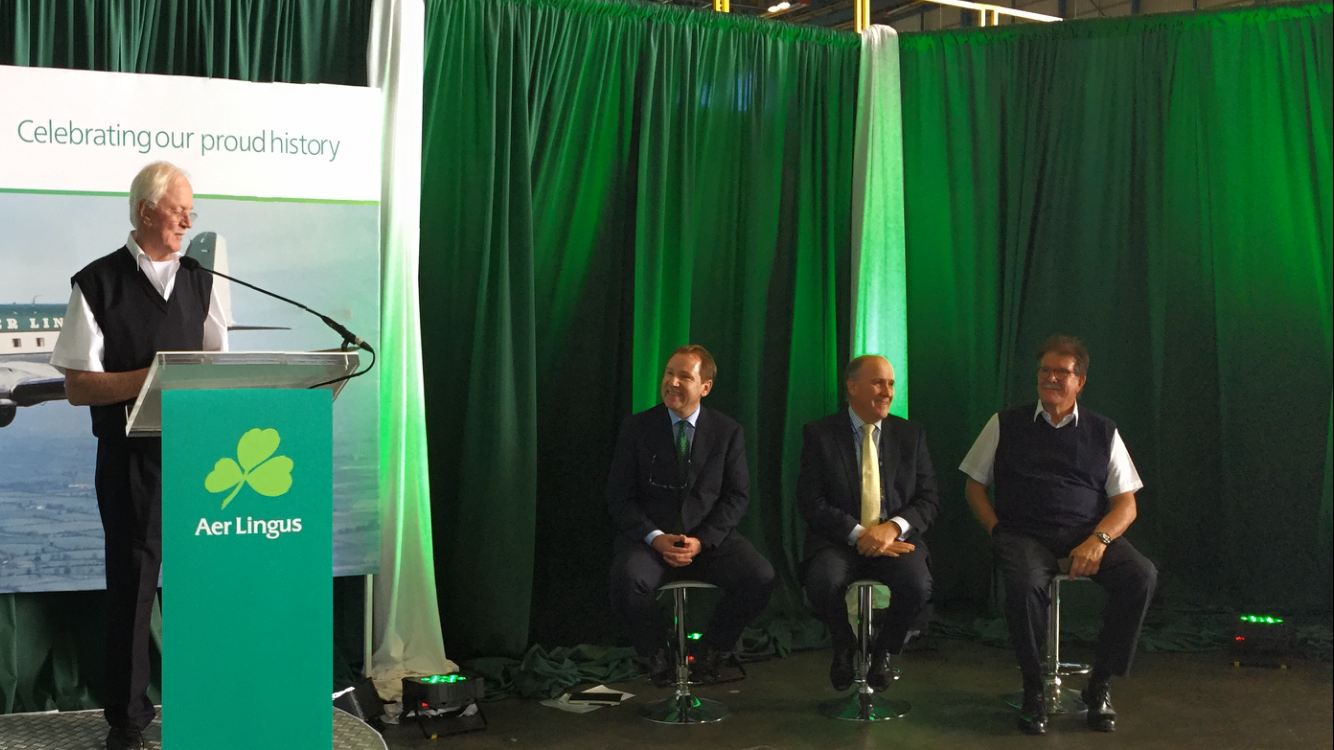 Aer Lingus introduced the DC3 in April 1940 but World War 2 interfered with operations and the type became more relevant when nine former USAAF C-47s were purchased in 1945, seven of which were converted to DC-3 airliner standard and two were parted out.  In addition, two new DC-3s were delivered off the Douglas production line in February 1946. These became core to the fleet in expanding services to cities including London, Amsterdam and Paris. The replacement aircraft was the Fokker F27 Friendship, but these did not replace all of the DC-3s, and five aircraft remained in service until 1963-1964. 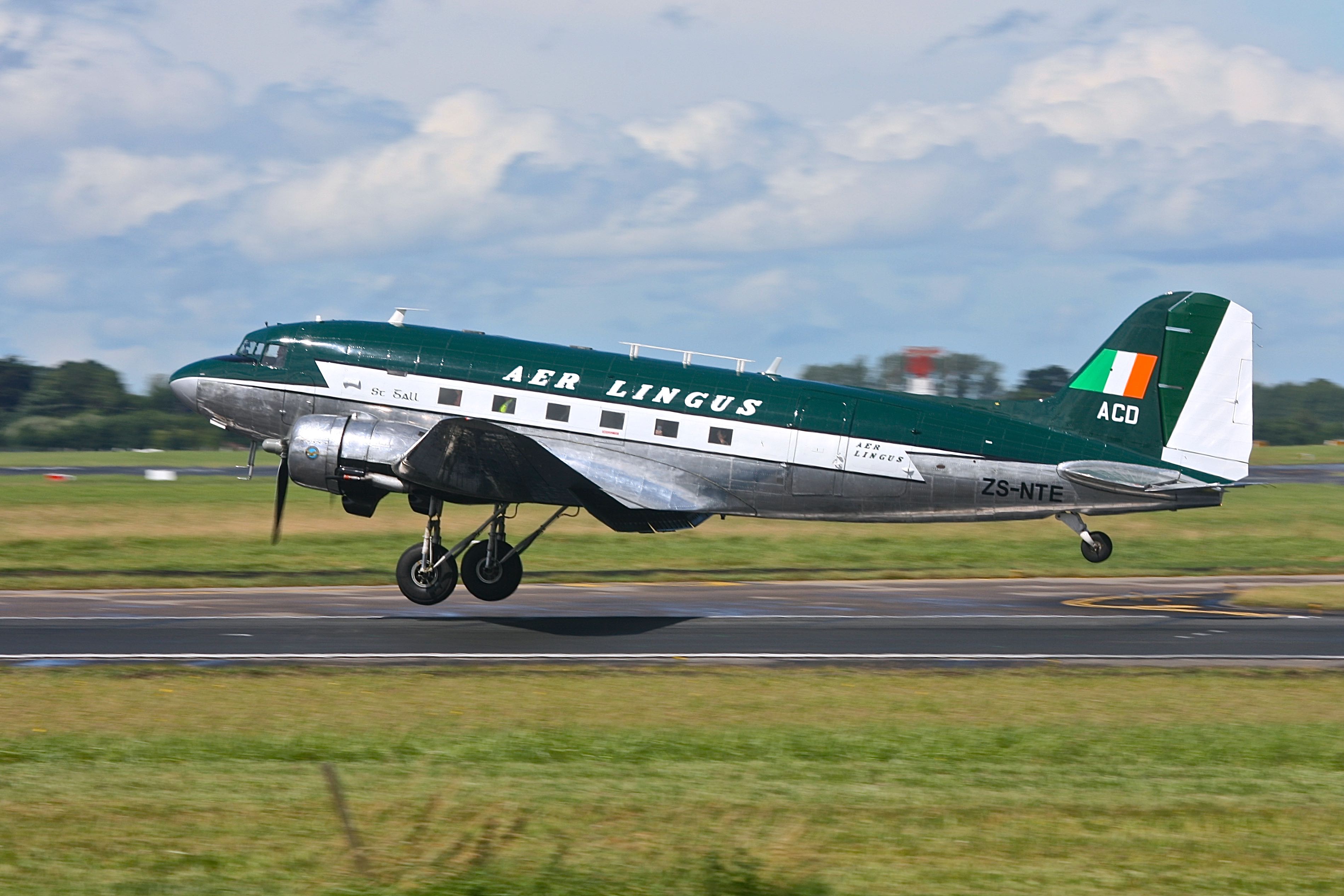 Aer Lingus has funded and supported the arrival of the DC3 to Ireland in summer 2017. This includes the accurate painting of the DC3 in the livery deployed in 1956. Aer Lingus will showcase the aircraft at a number of events including the Foynes Airshow this Saturday and Bray Air Display on Sunday. The plan is to keep the aircraft in Aer Lingus colours for the next 3-5 years.

The DC-3 is fitted with 28 seats in a 2-2 configuration. There is a crew jump seat beside the rear passenger door. The aircraft is fitted with a radio operators station behind the cockpit and has a cargo space too. The seats previously flew in a South African Airways Boeing 747SP. The aircraft has already been invited to more events than it could possibly attend. It will be heading to Germany on Monday after the Bray Airshow and is not expected back in Ireland until next year. It will take part in the 70th Anniversary of the Berlin Airlift in 2018 and the ‘Daks over Normandy Anniversary’ event in June 2019 amongst other high profile events.

More information and photos are available through the Irish Historic Flight website here. 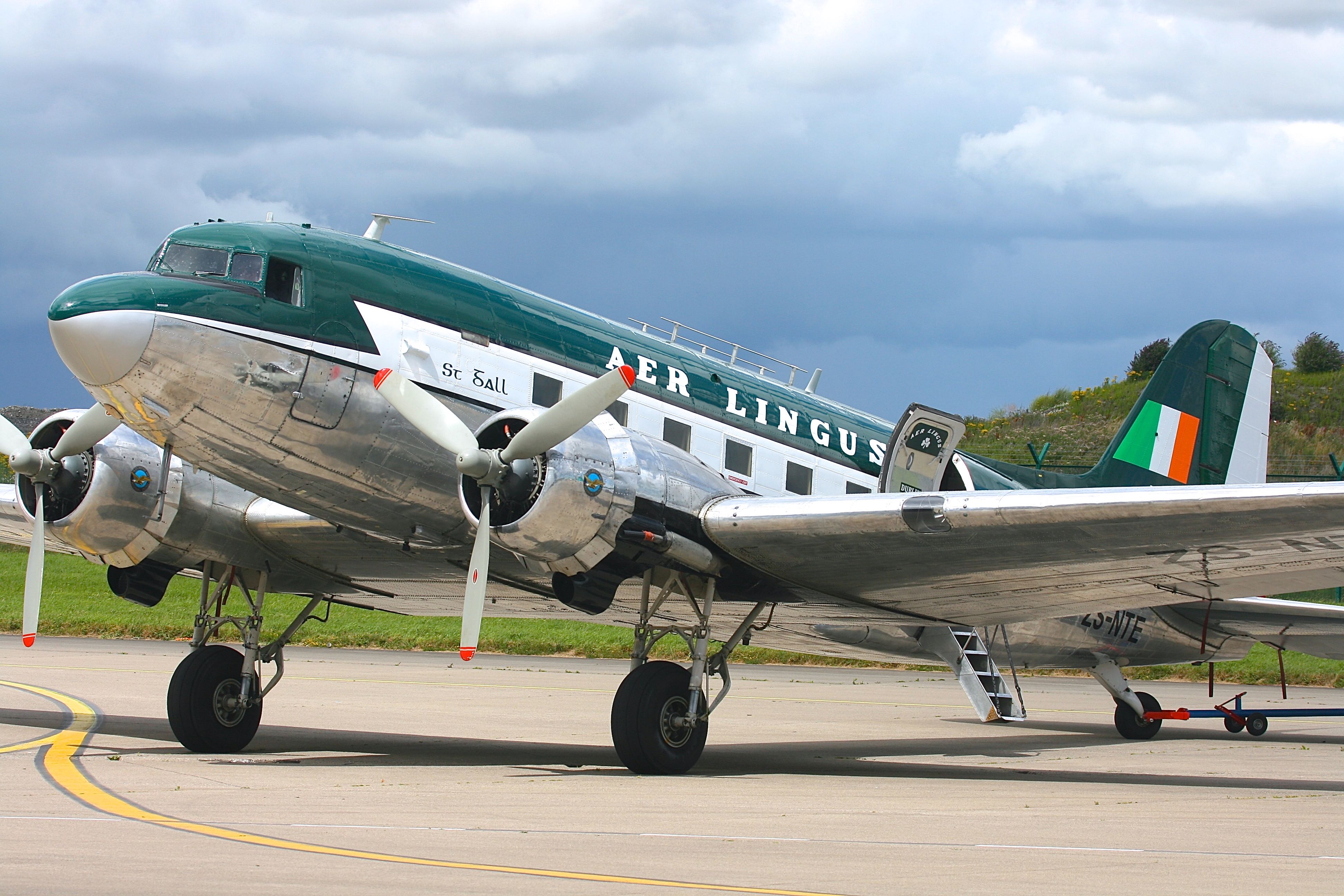 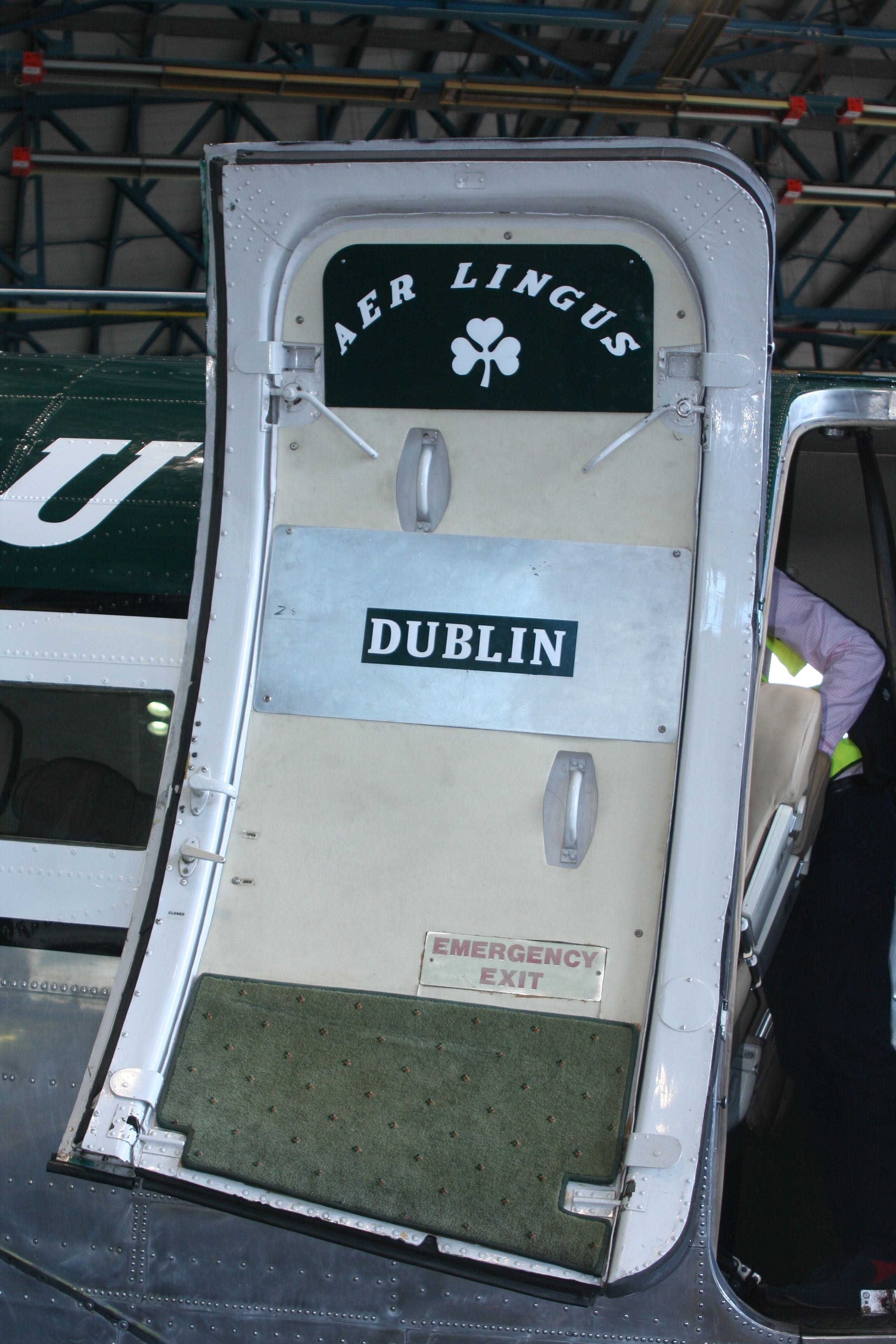 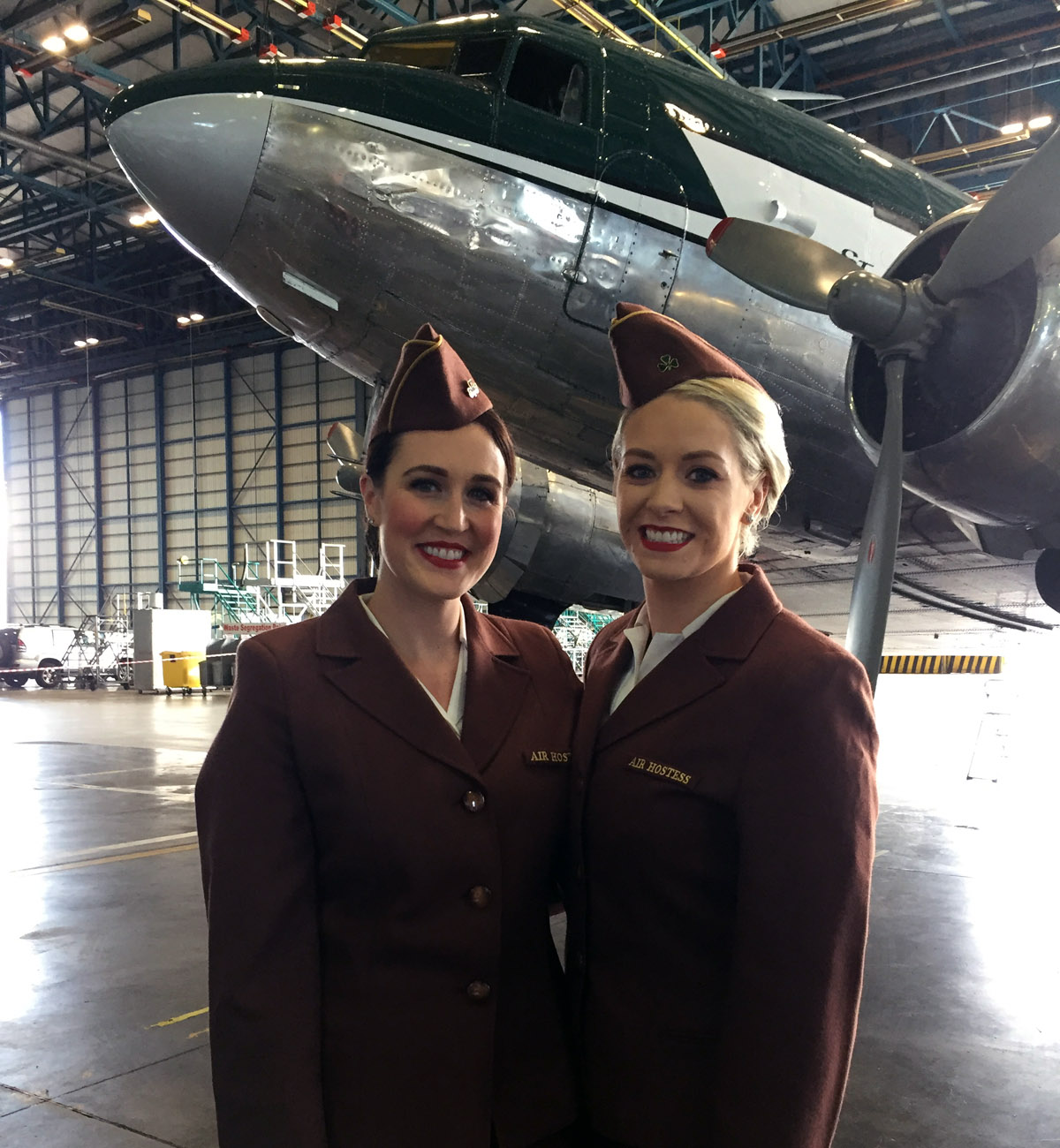 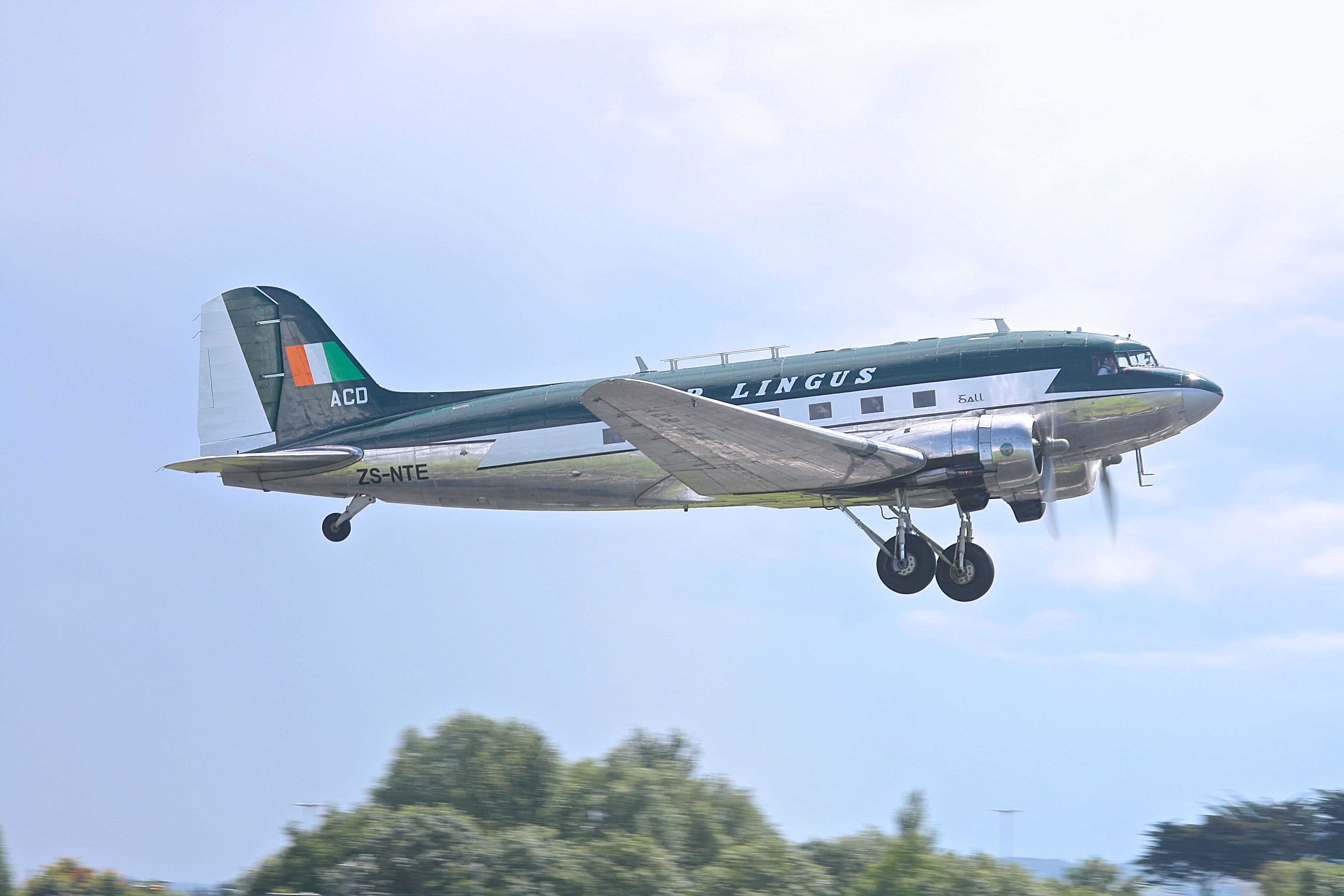