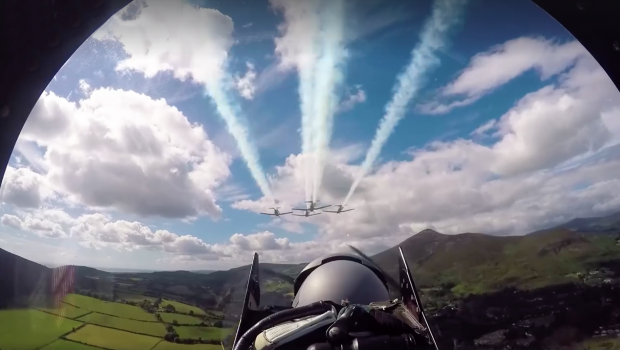 This morning the PC9 Display Team “SILVER” took some time to practice for this weekend’s Bray Air Display. Their route home to Casement Aerodrome took them over Dublin City and they caught it all on video from Captain O’Briain’s aircraft. The aircraft also flew up the Liffey with smoke on to officially mark the beginning of #AviationIreland weekend with air shows in Bray and Foynes. Here are some photos taken from the ground of the FlyPast today (via IAA). 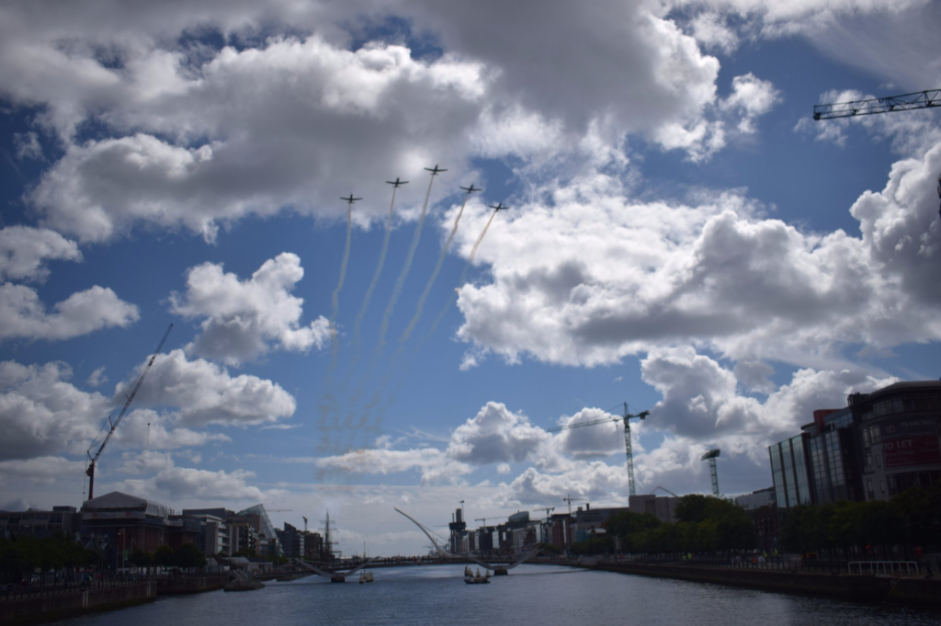 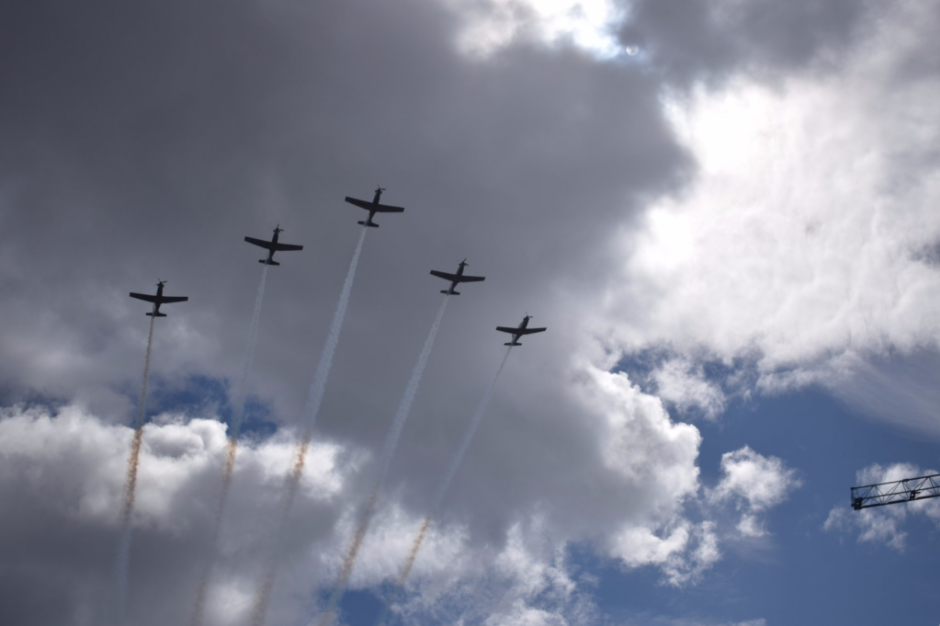 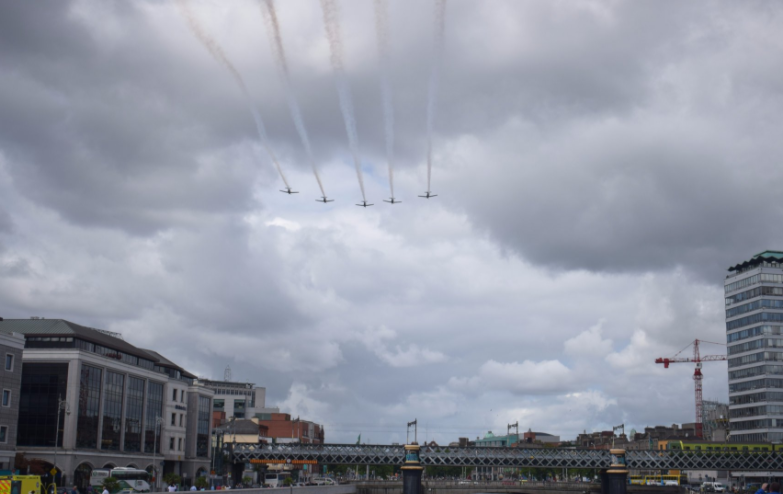 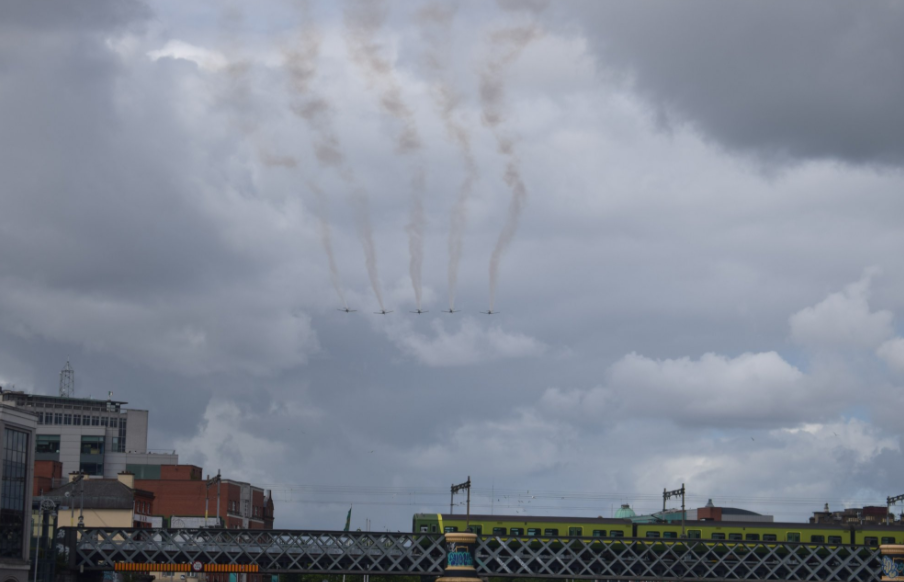