With just three weeks to go to the biggest airshow of the year, the line-up for this year’s show continues

After a two-year hiatus, the hugely popular Bray Air Display will make a welcome return this summer on Sunday 24th

The RAF Red Arrows display team performed a flypast of Carrickfergus in Northern Ireland as part of Armed Forces Day.

The 61st Chicago Air & Water Display took place over the weekend of 17th& 18th August 2019 on the Lakefront,North

The RAF Cosford Airshow held on the 9th June is the only official RAF organised Airshow on the UK calendar.

The RAF Red Arrows have confirmed they will be displaying at the Newcastle Festical of Flight on June 22nd. This 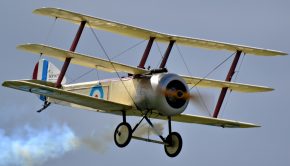