The Chairman of the Irish Aviation Authority, Ms. Rose Hynes has commended the vision and commitment of IAA staff as

Air Traffic Down 61% in January

The airspace of the North Atlantic (NAT), which links Europe and North America, was the busiest oceanic airspace in the

Ms. Rose Hynes Appointed as Chairman of IAA Board

The Minister for Transport, Mr Eamon Ryan, T.D., has today announced Ms Rose Hynes as Chairman of the IAA board 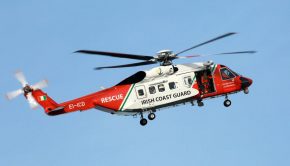 Dublin based Approved Training Organisation, ASG, has recently completed the delivery of an intensive two-week Search and Rescue (SAR) Aviation

IAA Reports that Air Traffic was Down 63.3% in October

The IAA monthly report shows that air traffic was down 63.3% on October numbers from 2019. That was roughly the