Simulator training provider, AlphaTech who are based at Newtownards just outside Belfast have launched a new course aimed at supporting

Seraph Aviation Group, the specialized aviation asset manager headquartered in Dublin, has announced that it has successfully placed two A320-200’s

The coronavirus pandemic has thrown up lots of issues for pilots, not just fully qualified commercial pilots but also those 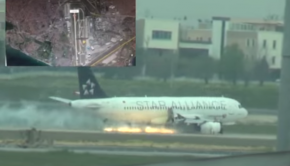