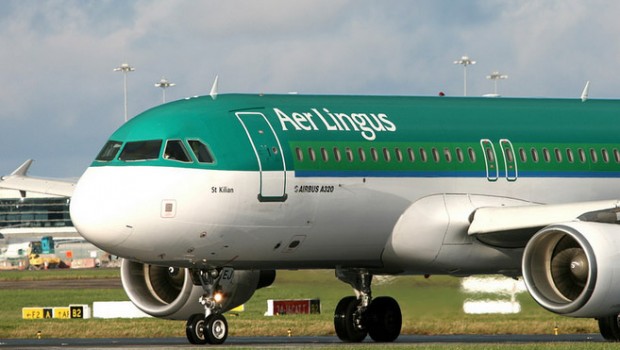 The AAIU have released a report into a serious incident involving fumes on an Aer Lingus A320 shortly after take-off from Dublin in 2015. Immediately after take-off from Dublin on an early morning scheduled passenger flight to Munich, Germany (EDDM), the Flight Crew detected an unusual odour in the cockpit. A short time later, the Cabin Crew reported that there were fumes in the aircraft cabin and that the CCMs at the rear of the aircraft had noticed a “smoke-like effect”

The Commander made a PA to the passengers, advising them of the situation. At this point, he noticed that the smell was becoming worse and instructed the Co-Pilot to declare a PAN to ATC, the Flight Crew donned their oxygen masks and carried out the initial items from the ‘SMOKE/FUMES/AVNCS SMOKE’ checklist in the Quick Reference Handbook (QRH), which includes the requirement to use the crew oxygen masks if necessary.

A normal landing was performed at Dublin and an expeditious taxi had been requested by the Flight Crew when the aircraft was on the approach and this was facilitated by ATC, with the AFS providing an escort. No injuries were reported to the Investigation

The aircraft, an Airbus A320-214, was manufactured in 2009. The aircraft had operated for a total time of 19,630 hours from the date of manufacture until the occurrence date.

A scheduled engine wash was performed on the aircraft when it was undergoing maintenance on the night before the occurrence. Prior to the engine wash being carried out, one can, containing eight US fluid ounces (236.6 millilitres) of corrosion inhibitor, was erroneously added to each of the 115 litre water tanks of the engine wash rig. This likely resulted in the inhibitor, which is insoluble in water, being deposited within the compressor sections of each engine during the engine wash procedure. The design of the aircraft’s engine bleed air and air conditioning systems is such that any contamination of this nature in the compressor sections of the engines, APU or associated bleed ducting can lead to fumes or unusual odours entering the aircraft cockpit and cabin.

Following the performance of the engine wash procedure, the reconnection of all previously disconnected pipes and the closing of the engines’ fan cowl doors, a ‘Post Engine Wash Test’, must be performed, which is described in a further maintenance subtask. The stated purpose of this test is “to ensure that the bleed system is free from contaminant”, which the subtask notes, has the potential to cause “smoke/smell in the cabin”.

An alternative post engine wash test, which is only applicable if the engine wash is performed with pure water, is permitted by the AMM. The Engineers who performed the engine wash task reported that following the wash, they carried out a post wash test in accordance with the AMM and that no fumes were noticed in the aircraft cockpit or cabin. The test performed was the ‘Alternative procedure – Post Engine Wash Test’, which permits the engines to be operated at idle power only.

The Operator did not have an engine wash training program in place at the time of the occurrence and therefore neither Engineer had received training in engine wash procedures.

Among the 14 findings were;

The probable cause of this incident was “the presence of corrosion inhibitor in the Intermediate Pressure (IP) bleed ducts and IP engine bleed ducts following an engine wash procedure, leading to contamination of the air conditioning system.” As a result of the remedial actions taken by the Operator and the further actions proposed, the report does not sustain any Safety Recommendations. Read the full report here.