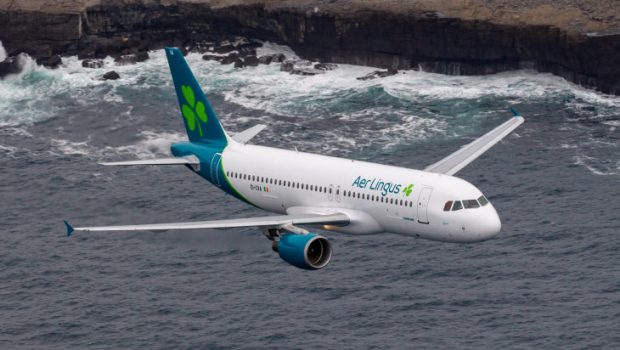 On Thursday Aer Lingus celebrated the launch of their new look brand in Hangar 6 at Dublin Airport. The A330-300 (EI-EDY, St Munchin) was unveiled at an event where it had been painted on-site. A320 EI-CVA (St Schira) flew from Shannon Airport, where it had been painted and had air to air photos taken on route by Frank Grealish / IrishAirPics.com (main image). The airline have released this video showing the behind the scenes painting of EI-EDY in advance of the event.