Following on from the announcement this morning that the UK CAA were stopping all 737 MAX operations, the IAA has

Ryanair have announced they will exercise 25 Boeing 737 MAX 200 aircraft options, bringing its total firm orders for this 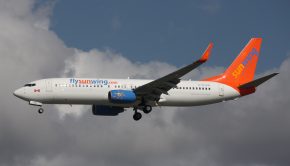 The 737 Max has taken to the air for the first time this evening, here’s the first video. On September 9,