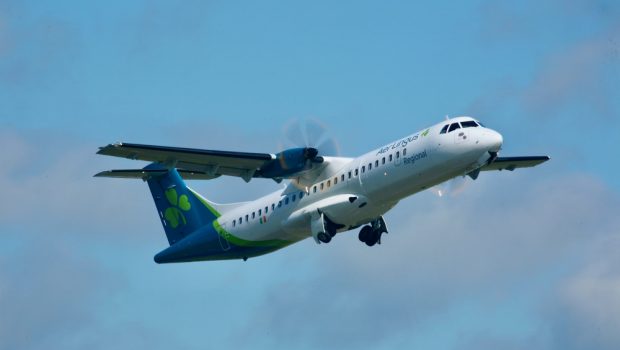 Emerald Airlines has taken delivery of its sixth aircraft from Nordic Aviation Capital (NAC), the world’s largest regional aircraft leasing company. The aircraft is the 13th to be delivered to the airline since it won the contract to be the exclusive operator of Aer Lingus Regional. The ATR72-600 forms the backbone of Emerald Airlines’ growing fleet. The ATR 72 turboprop equipped aircraft is regarded as the go-to model for short-haul flights due to its short take-off and landing capabilities. With improved fuel efficiency and the lowest Greenhouse Gases of any aircraft in its class, the ATR 72 stands out as an eco-friendly aircraft with a fuel burn 40% below its nearest competitor.

The new aircraft is registered EI-HDK (c/n 1334), a 2016 built aircraft that a few years flying in Indonesia before being returned off-lease to Nordic Aviation Capital in late 2019. Following storage during the pandemic, the aircraft was recently painted in full Aer Lingus Regional colours and will be delivered to Dublin from Toulouse-Francazal on Friday 19th June. Emerald Airlines is currently operating Aer Lingus Regional flights from Dublin and Belfast City Airport, flying over 430 flights per week on 18 routes from 14 airports including Bristol, Birmingham, Exeter, Edinburgh, Newcastle, Isle of Man, and Newquay among others.

Accepting the delivery from Nordic in Toulouse, the Director of Engineering and Fleet at Emerald Airlines, Richard Spencer said: “We are delighted to have accepted our 6th ATR72 aircraft from NAC. The ATR72 is an essential part of our strategy at Emerald Airlines – offering high frequency, convenient, and affordable air travel across Ireland and the U.K. We would like to thank the team at NAC for their belief and support and look forward to adding this aircraft to our growing fleet.”

Also commenting was the Senior Vice President of Marketing at Nordic, Emanuele Andreta who said, “NAC is very proud to be a partner with Emerald Airlines. In delivering our 6th aircraft to Emerald, we are grateful to have built a strong relationship over a short period with Emeralds Technical and Management Team.”

Brian has over 30 years of experience in the aviation sector. He joined Nordic in 2016 as Vice President of Technical. He assumed the role of Senior Vice President of Technical Operations in 2019. Brian previously worked for Aldus Aviation Ltd as Head of Technical and at Lufthansa Technik for 21 years overseeing a wide array of commercial aircraft in various senior roles. He will be responsible for leading the technical activities across the business. Brian will report to the company’s President & CEO, Norman C.T. Liu. 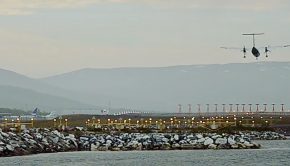