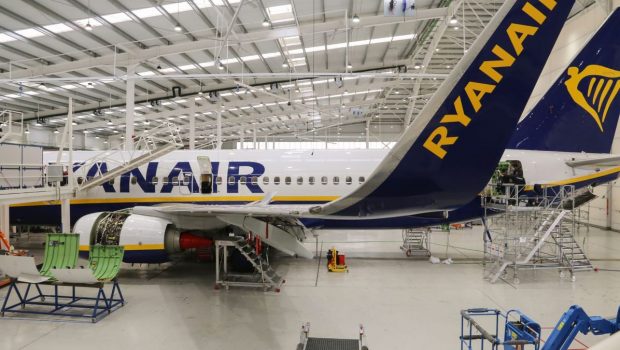 Ryanair has invested over €30 million in the 5-bay maintenance facility since it first opened in 2019. The Seville Line Maintenance will maintain a large portion of Ryanair’s fleet of aircraft, which will grow to 600 aircraft by 2026. With over 2,500 engineers across Europe, Ryanair Line Maintenance Engineering is responsible for all aircraft maintenance activities for the Ryanair Group of airlines.

Ryanair DAC CEO Eddie Wilson said:  “As the largest airline in Spain, Ryanair is delighted to open its expanded maintenance centre in Seville, which brings its total investment to €30m and 500 jobs, underlining Ryanair’s ongoing commitment to Spain and the Andalucía region. This state-of-the-art facility is a world class environmentally friendly facility as Ryanair continue to lower CO2 emissions as Europe’s greenest airline.

Ryanair creates opportunities for highly skilled engineering jobs, with our industry leading rosters and the youngest fleet in Europe. Seville is an ideal location with endless opportunities to attract, train and employ local talent to support this facility.

With this state-of-art facility and 4 based aircraft for S22 delivering 53 routes to 13 countries, Ryanair is supporting and positioning Seville for a strong recovery, and we look forward to further growing local tourism, traffic and jobs”.