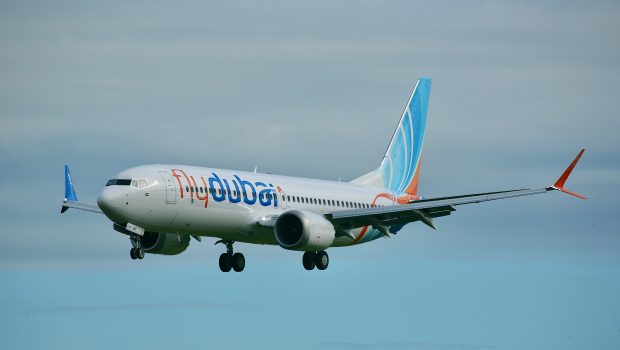 Dublin based SMBC Aviation Capital has announced the delivery of another Boeing 737-8 MAX to FlyDubai. The aircraft, A6-FMT (c/n 60995), was officially handed over at the Boeing facilities in Seattle on Wednesday. The aircraft is equipped with two CFM LEAP-1B28 engines included in the deal. This is the third of seven Boeing 737-8 MAX aircraft to be delivered to FlyDubai as part of the current deal. The fourth aircraft is scheduled for delivery next week with the remaining three MAX aircraft to follow before the end of the year.

The delivery flight took the aircraft on a nine-hour flight from Boeing Field in Seattle to Dublin for refuel and crew change. The aircraft then continued on to Amman in Jordan before completing the final leg to the airlines home base of Dubai. Previous deliveries of the MAX to the airline have taken place with a stopover in Shannon.

FlyDubai has created a network of more than 90 destinations served by a fleet of 54 aircraft. Since commencing operations in June 2009. Their destinations are spread across 50 countries across Africa, Central Asia, the Caucasus, Central and South-East Europe, the Middle East and India. The airline has opened up to 70 routes that did not previously have direct air links to Dubai. The airline operates a single type with Boeing 737-800’s with the addition of the next generation MAX aircraft coming online too. Since services started in 2009, the airline has now carried more than 75 million passengers.