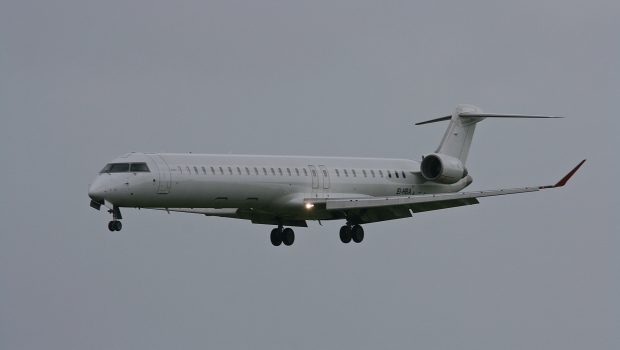 Dublin based Hibernian Airlines has signed an agreement with Europair for the sale of charter flights in Europe. Hibernian will base two of its three Bombardier CRJ-1000 aircraft at Maastricht in the Netherlands so they are centrally located for charter work. The commercial agreement by Europair continues the path of joint work that it has had with Air Nostrum for more than 11 years. Hibernian Airlines was set up in April 2017 with Air Nostrum as leading partners in a consortium of a privately held carrier independent from Air Nostrum’s operations. They received their first aircraft in November 2018, the second following a year later and their third joined in April 2021. All three previously operated for Air Nostrum. Hibernian Airlines has its head office in the Omni Park complex in Santry.

Europair is an air charter broker specialised in the contracting and management of charter flights worldwide. Their service consists of interpreting the needs of those who do not want to depend on the routes and schedules of regular flights and who wish to arrange charter flights as an alternative, advising them on the choice of aircraft and operators who will provide the transport, contracting the service, and providing assistance throughout the process. Private jets for a business or leisure trip, commercial jets for incentive travel or tour packages. They have been in operation since 1994.