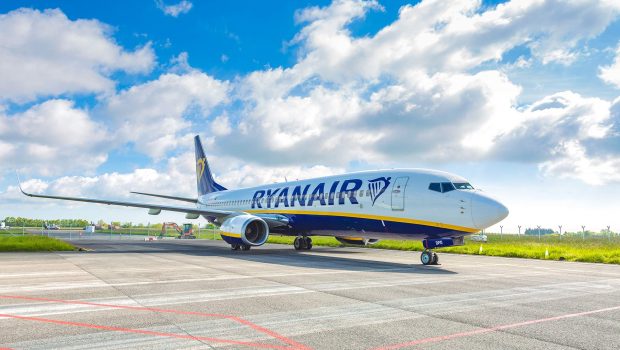 Ryanair has announced it will open three new bases in Greece for the Summer of 2021. Corfu will have two aircraft based there with one each at the other new bases of Chania and Rhodes. The bases will be operational from 14th May when the Greek authorities have said they expect to re-start their summer season. There will a total of 107 routes operated weekly at these three airports which will include 46 new routes. These bases will be operational until the end of October. Ryanair expects to contribute 120 jobs to the local economies of the three bases.

Speaking as the new bases were announced, Ryanair’s Commercial Director, Jason McGuinness said, “As vaccination rollout programmes continue in the coming months, air traffic is set to soar this Summer and we are delighted to announce three new summer bases in Greece, which will deliver four based aircraft in Corfu, Chania & Rhodes, 107 routes in total, including 46 new routes to popular destinations such as Barcelona, Bari, Marseille, Paphos, Tel Aviv and Verona among many others. Greece is proving to be a resilient destination and is determined to lead the way in tourism recovery as we walk away from the Covid-19 pandemic. Following the announcement of the first travel corridors with Israel and Cyprus in April and the official re-opening to all international travel from 14th May, we are proud to support the resurgence of the country’s tourism industry and to offer both Greek visitors and customers greater choice and even lower fares.

Speaking recently at a press conference, Ryanair Group Chief Executive, Michael O’Leary said that he expects the first of the new Boeing 737-8200 aircraft to be delivered in April. The type has yet to be certified and although Ryanair initially hoped that it would happen by the end of March, this timeline is no longer feasible. Mr O’Leary also said that he expected FAA and EASA certifications within the first days of April, which would then pave the way for the delivery of the first eight units in April and another eight in May 2021. “That would leave us with an additional 16 aircraft for the summer of 2021. But given that, at this point in time, we’re only factoring to operate about 80% of our pre-COVID peak capacity, you know, we don’t need these aircraft. But we are anxious to get the aircraft delivered so we can start training pilots, the cabin crew can get familiar with them, and customers can enjoy flying them.” Ryanair carried less than 500,000 passengers and Mr O’Leary expects that number will be similar again in March but hopes that April will start to see an improvement.