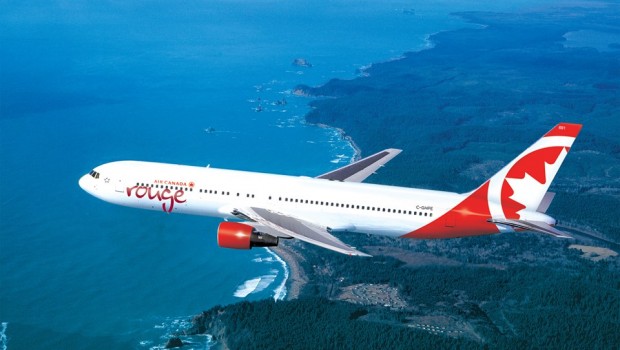 As a result of the new travel restrictions in Canada, Air Canada Rouge will suspend all flights from Monday 8th February. Rouge is a subsidiary of the Air Canada brand and although it will remain part of the Air Canada stable, no date for a return to flying has been announced yet. The Canadian government has adopted stricter restrictions on flights from the Caribbean and Mexico where the airline operates the majority of its flights during the winter season. As a result, approximately 80 Rouge employees will be temporarily laid off.

Air Canada Rouge has been a regular visitor to Dublin Airport since 2014 operating to Toronto and later with a direct service added to Vancouver. The airline also visited Shannon Airport for maintenance regularly with Lufthansa Technik. The airline currently has seven of its Boeing 767’s parked at Shannon that have arrived since last April due the downturn brought on by the pandemic. One of the aircraft has had its titles removed and is unlikely to fly again for the airline. Prior to the pandemic, Air Canada Rouge was flying 25 Boeing 767’s, 18 Airbus A320/A321’s and 22 Airbus A319’s.