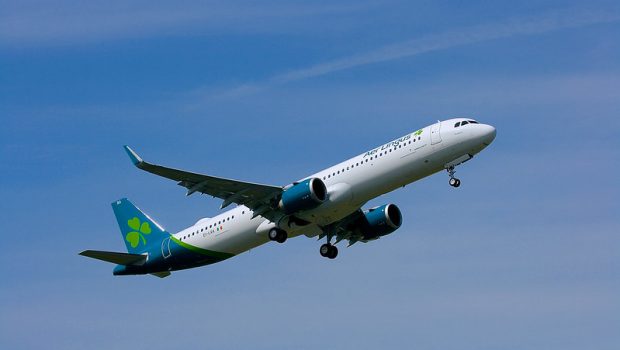 As we reported last month, Aer Lingus has applied to the ACL slot coordinator for more slots to fly new routes from Manchester Airport. It is now understood that Aer Lingus will set up a subsidiary company called Aer Lingus UK. There will be two Airbus A330-300 aircraft (EI-ELA and EI-EDY) placed on the UK aircraft register along with two Airbus A321-253NX aircraft which are due for delivery in February and March 2021.

According to filings with the US Department of Transportation (DOT), Aer Lingus has applied for rights to fly from Manchester to New York JFK, Boston and Orlando. They plan to operate a daily service to JFK year-round, daily summer service to Orlando with a four times per week in the winter. Boston will operate as a daily service for the summer season. It is expected that these will be operated on a code-share basis with British Airways as they have no long haul routes from UK airports outside of London Heathrow. It is likely that the Airbus A330’s will be used on routes to Orlando. This would fill the void left by the collapse of Thomas Cook in 2019. Virgin Atlantic are currently the only operator on these routes from Manchester.

It is also understood that Stobart Air who operate the Aer Lingus Regional flights will transfer some of their aircraft onto the UK aircraft register and operate on the Stobart Air UK AOC as they continue to fly routes from Belfast City Airport. The first two aircraft expected to change registrations are EI-FMJ and EI-FSK.