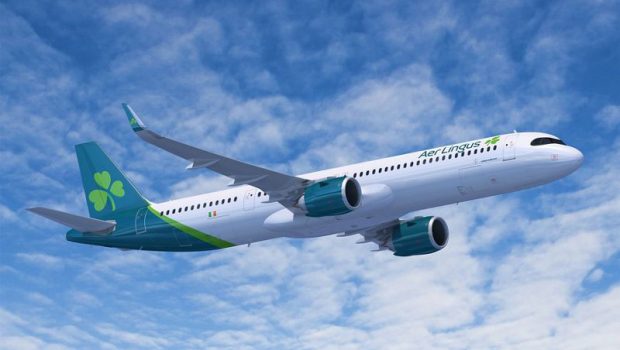 Aer Lingus is reported to have applied for more slots at Manchester Airport for summer 2021. The ACL slot coordinator has reported that Aer Lingus has applied for the slots and will reportedly base one Airbus A330 and up to three Airbus A321LR’s for new transatlantic services from Manchester.

The routes have yet to be confirmed but it is thought that Aer Lingus will fly to the same destinations they had been using from Dublin with the Airbus A321LR’s since they came into operation in the summer of 2019. It is possible they could use the Airbus A330 on the Manchester to Orlando route which is very popular. Only Virgin Atlantic has been operating on the route since Thomas Cook collapsed in September 2019. Aer Lingus currently have four Airbus A321LR’s delivered with a fifth due before the end of the year and the sixth due in early 2021.

In the United States, the Department of Transport (DOT) has made a provisional ruling that would allow Aer Lingus to be integrated into the joint business network planning, pricing and sales activities in joining the existing antitrust-immune transatlantic joint venture that includes American Airlines, British Airways (BA), Iberia and Finnair. With the addition of Aer Lingus, over time the carriers are expected to expand capacity on some existing routes while introducing services on several new routes. Aer Lingus was bought by IAG in 2015 and applied to join the joint venture in December 2018.

Aer Lingus had a share of 44% of the Ireland transatlantic market prior to the COVID-19 pandemic but with the joint venture combining with American Airlines would have brought it up to almost 60%.