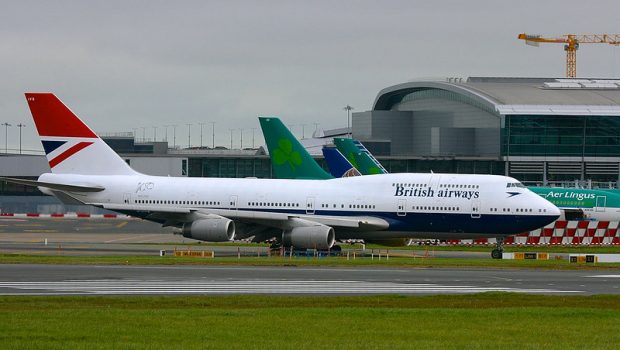 British Airways to preserve one of its Boeing 747’s

British Airways have announced that one of its iconic Boeing 747’s will remain intact and it is hoped to have the aircraft put on display to the public in the future. Earlier this year British Airways announced the premature end to its Boeing 747 service due to the effects of the COVID-19 pandemic. British Airways has announced that its final two Heathrow based Boeing 747 aircraft are scheduled to depart from the airport for the very last time on Thursday 8th October. One aircraft is painted in its heritage ‘Negus’ livery and the other in its current Chatham Dockyard livery. To commemorate G-CIVB and G-CIVY’s final take-off from Heathrow airport at 08:30am, British Airways has arranged a special send off with a unique and rarely seen synchronised dual take off on parallel runways, which will be followed by fly past along the southerly runway by one of the aircraft (G-CIVY in current BA livery) as it bids its home a final farewell. Incidentally, when British Airways received their first two Boeing 747-400’s in the summer of 1989, they made synchronised landings on the dual runways.

This will bring an end to 50 years of British Airways flying the Boeing 747 from London Heathrow. Alex Cruz, British Airways’ Chairman and CEO, said “Tomorrow will be a difficult day for everybody at British Airways as the aircraft leaves our home at Heathrow for the very last time. We will pay tribute to them for the incredible part they have played in our 100-year history and to the millions of customers and BA colleagues who have flown on board and taken care of them.”

British Airways had painted three of their Boeing 747-400’s in special Retro colours to celebrate its 100th anniversary in 2019. The three aircraft were painted by IAC in Dublin in early 2019 and each one was painted in the previous scheme’s worn during the service with the airline. Some more of the British Airways Boeing 747 fleet still remain stored at the airlines maintenance base in Cardiff but these will be departing for the scrap yards in the coming weeks.

G-CIVB which will leave Heathrow early tomorrow morning is now reported to be put on display at a date in the future at the Cotswold Airport in Kemble. Several other Boeing 747’s have arrived there in recent weeks which will be scrapped in due course but it is hoped that the aircraft in the ‘Negus’ retro scheme of the 1970’s will be retained for future generations to admire. There is currently no Boeing 747 on display at any of the aviation museums in the UK.