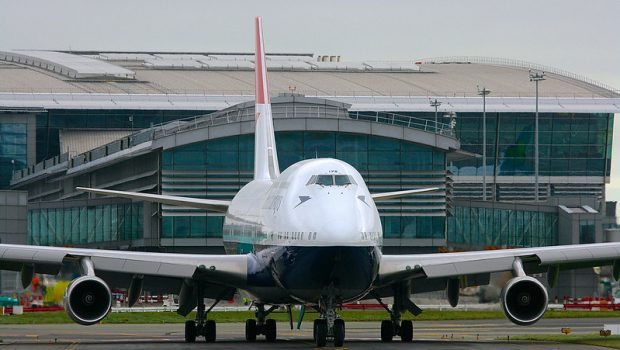 British Airways is celebrating 100 years of flying this year and to celebrate the airline is painting four aircraft in Retro colours to show off their heritage. The aircraft were all painted by IAC in Dublin and Shannon over the past month. The aircraft are all now in service and will be flown on routes across their network. Dublin received three Boeing 747-400 aircraft for painting while Shannon got one Airbus A319. The first aircraft arrived in Dublin on February 5th and was rolled on on February 18th in the British Overseas Airways Corporation (BOAC) colours. It was this colour scheme that adorned the first Boeing 747-100 delivered to the airline back in 1970. This scheme had been used on aircraft since 1946 until 1974 when BOAC and BEA were merged by the British Government to form British Airways.

Next aircraft to roll out of the paint shop on March 4th in Shannon was the Airbus A319 in the British European Airways (BEA) scheme which flew predominantly on domestic and European routes between 1959 and 1968. However, there is one significant difference with the replica; the aircraft will have a grey upper wing, rather than the traditional red, to meet current wing paint reflectivity requirements. 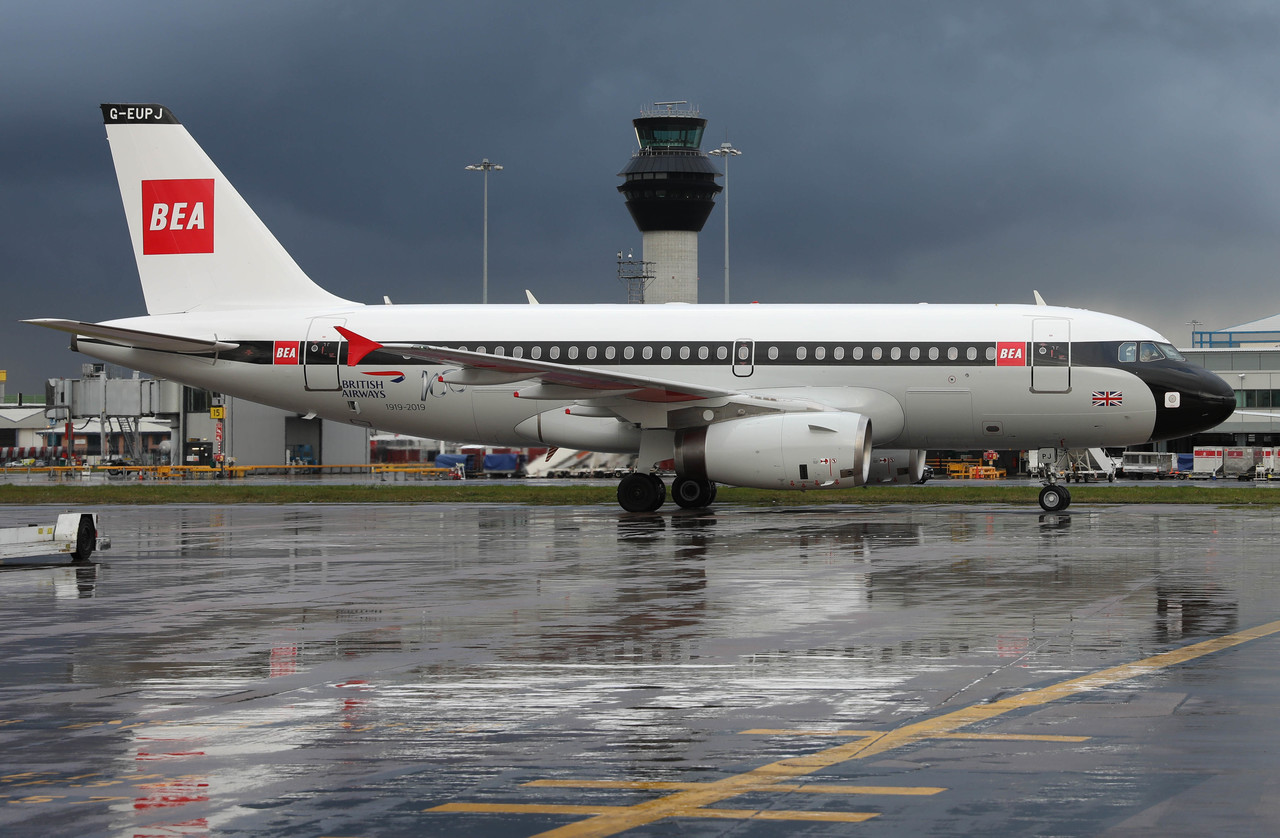 British Airways Airbus A319 G-EUPJ in the retro BEA colours

The third Retro scheme to be painted arrived into Dublin on February 25th. The Boeing 747-400, registration G-BNLY, entered the IAC paint bay at Dublin Airport immediately to be repainted with the Landor livery, which adorned the British Airways fleet from 1984-1997. Design features include the British Airways coat of arms with the motto To Fly, To Serve. on the tail fin, with a stylised section of the Union Flag. It will also be re-named ‘City of Swansea’, the name the aircraft had when it originally sported the Landor livery. The livery also features the airlines centenary logo, which is proudly displayed on all the centenary heritage liveried aircraft. The aircraft departed Dublin on March 9th to London  Heathrow and returned to service on a flight to Miami later that evening. 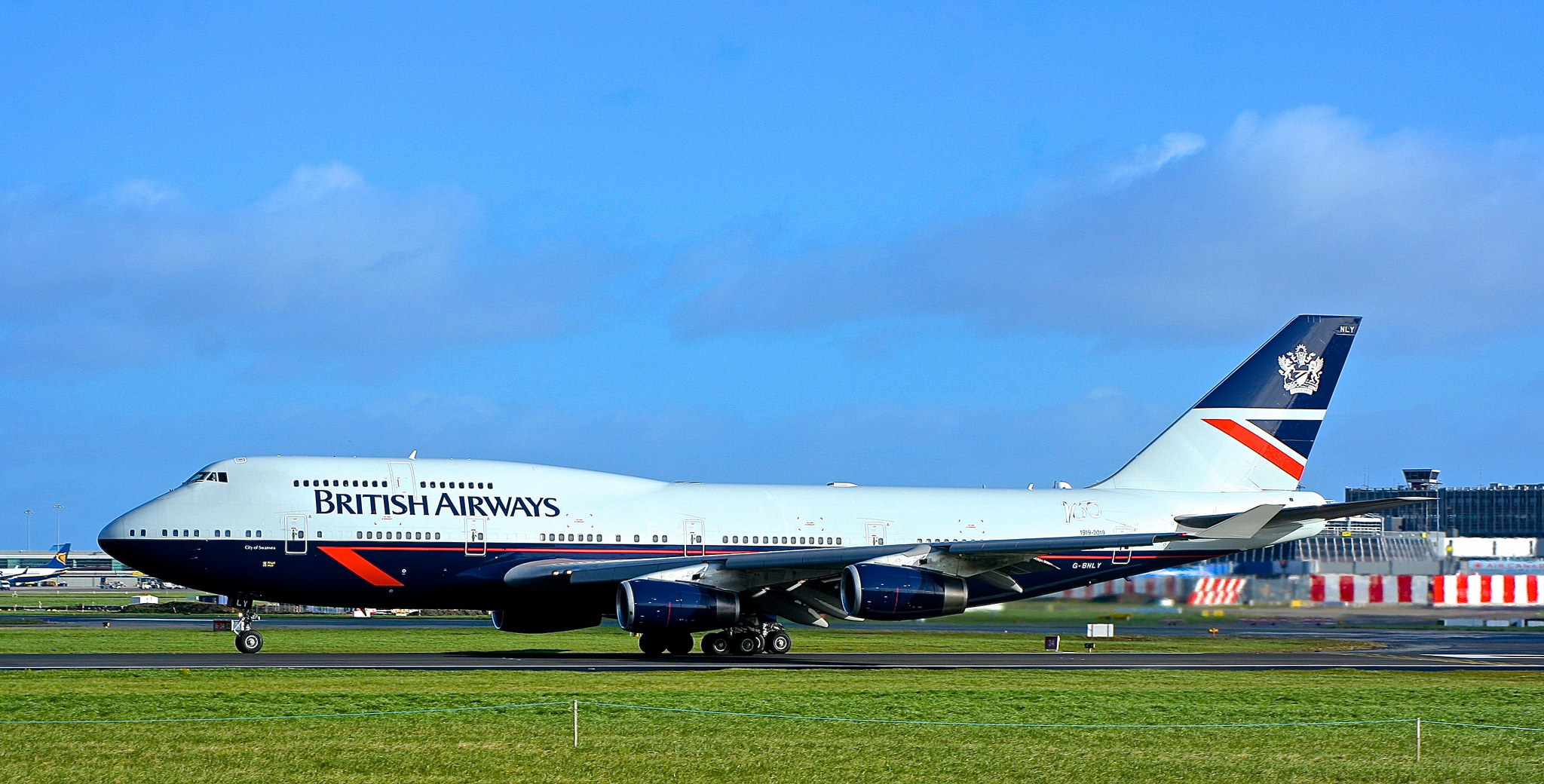 As this aircraft left Dublin, the final British Airways Boeing 747-400 was being readied at Heathrow for the short ferry flight to Dublin where it arrived at 11.25 and entered the IAC hanger for repaint with the first version of the Negus livery which adorned the British Airways fleet from 1974-1980, directly after the merger of BOAC and BEA and the formation of the airline customers know today. When it initially flew, the Negus livery was the first time an aircraft had carried “British Airways” since 1939, when the original British Airways Limited merged with Imperial Airways to form BOAC. Interestingly, the Union Flag is not present on the side of the aircraft as, like the final BEA aircraft livery, the flag began to be fully celebrated on the aircraft’s tailfin instead. The repainted 747 returned to Heathrow on March 21st and enter service as the BA43 to Cape Town. The Retro Boeing 747’s will remain operational across the network until they are retired in 2022 and 2023. British Airways currently expect to operate the Boeing 747 until February 2024. 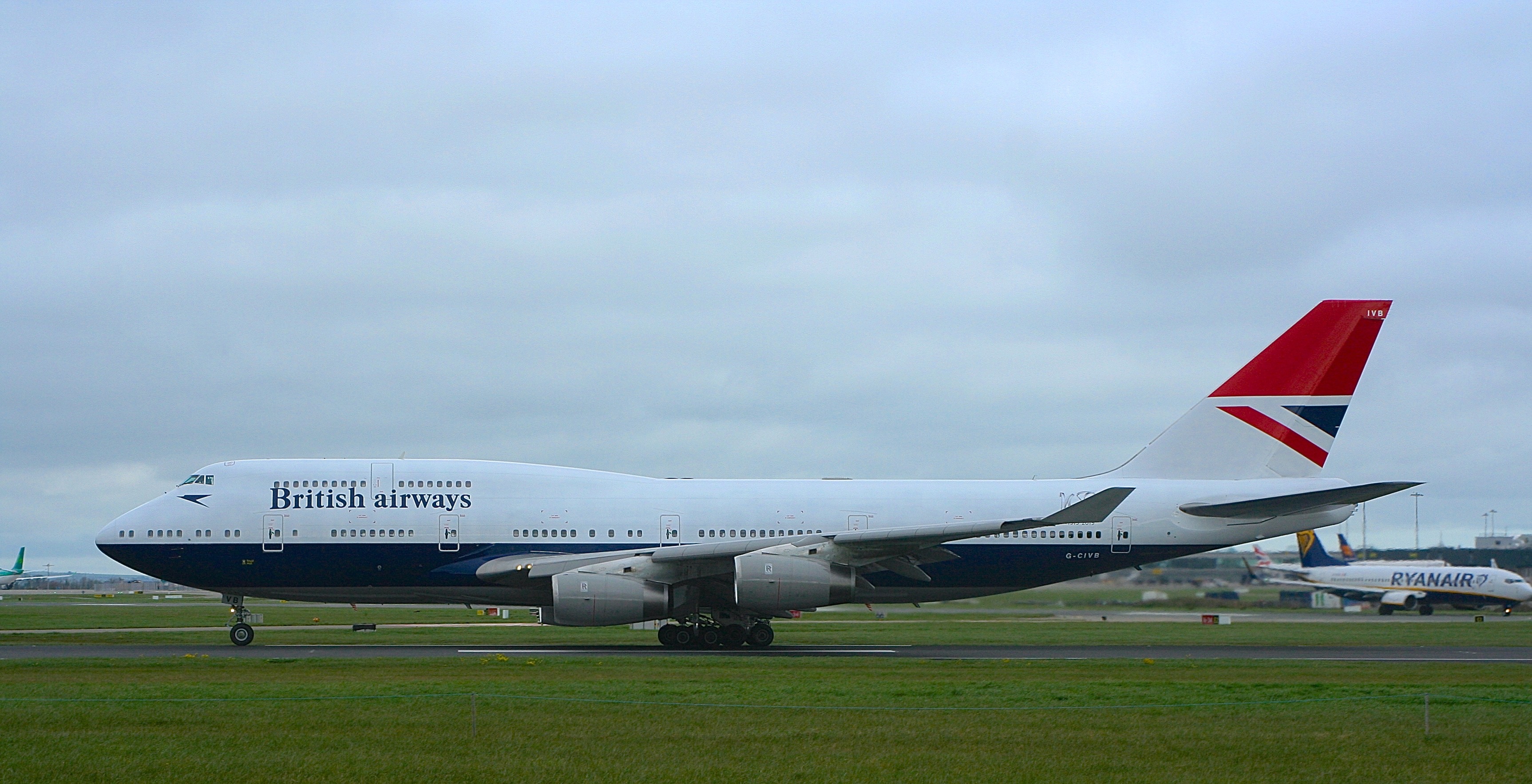