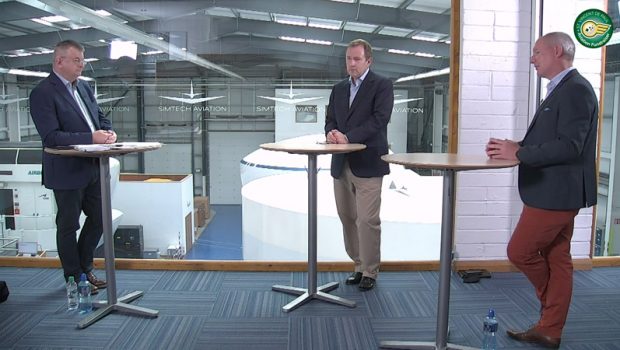 Simtech Aviation had the pleasure to host the 2020 Aviation fundraiser for St.Vincent de Paul Society, last weekend with former Aer Lingus CEO Stephan Kavanagh and Former Dublin GAA Football Manager Jim Gavin. Both Stephen and Jim gave their insights to the current aviation crisis as well as their management approach. Their managerial approaches have proven to work across various industries while showcasing the overlaps in business and sports. The event raised a total of €15,000 for the charity. You can watch the conversation below.