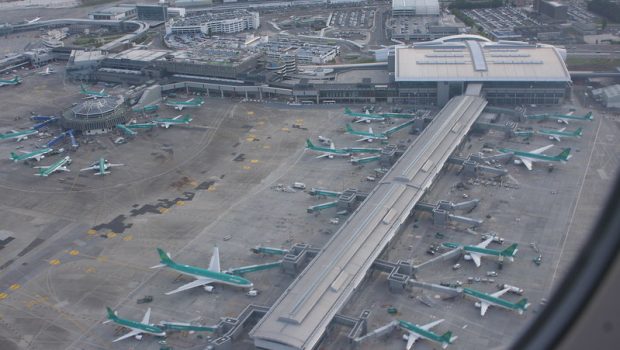 As countries start to open up again following the COVID-19 pandemic, airlines are starting to resuming operations on a limited basis. Dublin Airport has published a list of the expected start date for airlines to resume their Irish services. With Aer Lingus and Ryanair operating a skeleton service during the pandemic, many of their routes will restart from 1st July. Other airlines such as KLM and Air France continued to operate a daily service to Dublin from Amsterdam and Paris respectively. The Big 3 from the Middle East have already resumed their services over the past few weeks. Qatar Airways have been using their Airbus A350-900 aircraft on their daily route to Doha and will switch back to the Boeing 787 Dreamliner from 1st August. Etihad now has a daily service and Emirates have also returned and expect to have a double daily flight to Dubai from September.

Air Baltic recently started a new service to Vilnius and have also reintroduced their Riga-Dublin route using Airbus A220 aircraft. Others such as Blue Air from Romania who have been flying some services to Dublin throughout the pandemic are now beginning to increase their schedules. Lufthansa and Swiss have also returned to Dublin Airport in recent weeks.

Airlines that have announced they will return to serve Dublin before the end of June are Aeroflot, FlyOne, Scandinavian Airlines and Turkish Airlines. Quite a few airlines will return in July with British Airways, Iberia, Luxair, Lauda and Norwegian all return from 1st July.

British Airways will initially only offer one flight a day between London Heathrow and Dublin. London City Airport will only reopen for its first flight post-lockdown on 21st June with a flight to the Isle of Man but no date as yet confirmed for flights to Dublin with British Airways. Aer Lingus have confirmed that they will not be returning to the route for the foreseeable future which was operated by Cityjet using the Avro RJ-85.

The first week of July will also see TAP Air Portugal, Icelandair and Air Moldova return with transatlantic services returning from American Airlines, United Airlines and Air Canada. Delta Airlines and Air Transat have not yet announced their return to Dublin services and Westjet are not expected to return until August. Other airlines yet to confirm restart dates for the Dublin routes are Finnair who will not be expected to return to the Helsinki – Dublin route until August with Transavia and Cathay Pacific holding off until September.

New routes to Dublin from El Al and Egyptair have been put on hold for the summer with the Egypt Air Cairo – Dublin service not expected to start until 25th October.

The DAA has introduced some enhanced public hygiene measures. While it is not required by law, passengers are strongly recommended to wear face masks or face coverings at all times while inside the airport or in car park shuttle buses. Only those travelling should enter the terminal buildings.