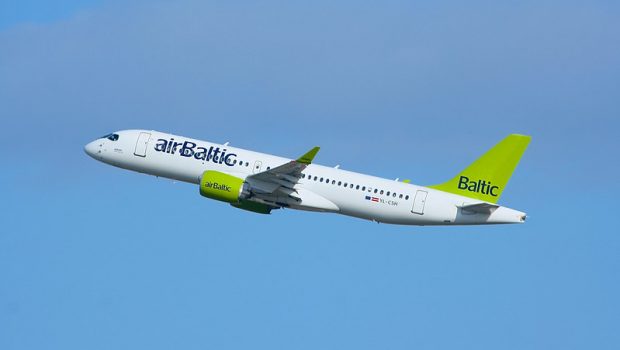 Latvian airline Air Baltic will operate a new route to Dublin from their base in Vilnius, Lithuania starting on 16th June. The new Vilnius – Dublin route will be operated twice weekly using their Airbus A220 aircraft configured with 145 seats in a single class layout. The new service will depart from Vilnius at 15.20 and arrive in Dublin at 16.35, with the return service departing at 17.35 and arriving into Vilnius at 22.35 local time. Initially the service will operate on Tuesday’s and Saturday’s. They plan to operate until the of the summer schedules in October.

In addition to the Dublin route, Air Baltic also announced other new services from Vilnius to London and Dubrovnik for 2020 and speaking at the announcement of the launch, Martin Gauss, CEO of Air Baltic said “All three of the new routes have significant demand among our Lithuanian passengers. Until the crisis began, we provided the best connectivity to and from all three Baltic capitals. We aim to strengthen our positions by guaranteeing safe and convenient travel for our passengers. The safety and health of our passengers remains the highest priority. We have introduced strong safety measures and our new flight operations follow the recommendations issued by authorities. All passengers on board of  our aircraft are provided with a complimentary basic care kit consisting of a protective face mask and disinfection wipes”.

Air Baltic operates to over 55 destinations across Europe, the Middle East and Russia. They are currently in the process of standardising their fleet with 23 Airbus A220 aircraft. They are in the process of removing their remaining Boeing 737-500 and Bombardier Dash 8 aircraft from the fleet which has served as the backbone of their operations since they were formed in 1995.