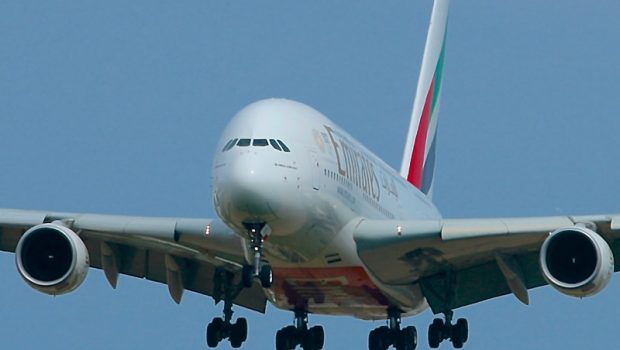 Ever since Boeing brought air travel to the masses with the introduction of the Boeing 747 in the late 1960’s, people always looked on in awe of such a giant in the skies. When Airbus announced that it was looking at making a bigger ‘Jumbo’ in the late 1990’s, many thought it was a step too far. In December 2000, Airbus formally announced the Airbus A380 as a challenger to the Boeing 747 in the long haul market. With much fanfare the first commercial flight of a Singapore Airlines A380 took off from Singapore to Sydney in October 2006. With initial success with orders from legacy airlines and the ‘Big 3’ from the Gulf. Airbus gained a total of around 250 orders in the following years with Emirates by far being the biggest user with total orders for 123 of which 115 were delivered.

Singapore Airlines was the second biggest order for the Airbus A380 with 24, followed by British Airways, Lufthansa and Qantas all with around a dozen each. The downfall of the Airbus A380 came as many airlines changed from a hub-and-spoke route system to a point-to-point system where smaller long range aircraft could offer the customer more flexibility. Added to the fact that twin engined aircraft were equally capable of operating the ultra long routes suited to the A380. The American carriers were never in favour of the SuperJumbo preferring to use smaller twin engined aircraft for their long haul routes.

In February 2019, Airbus announced that it would end the production of the A380 in 2021 following a decision by Emirates to change its outstanding order for 39 A380’s to a mix of smaller A330’s and A350’s. Currently, Emirates have five A380’s in the early stages of production and doubt has been cast as to whether these will actually be completed.

Singapore Airlines was the first carrier to put the Airbus A380 into storage when they removed their first aircraft from service in 2017. This along with a couple of others were sent to Tarbes in France for storage and dismantling commenced in 2018. The Airbus A380 failed to gain any traction in the second hand market with smaller charter operators as many saw it too big for the ACMI market. The only aircraft to find another operator was one ex Singapore Airlines aircraft that was acquired by Hi Fly Malta. They had initially intended to take several of the ex Singapore machines but found a very limited need for them amongst their customers. The Hi Fly aircraft has operated many ad hoc charters but it struggles to find regular work.

Air France had announced late last year that it would start to retire its A380 fleet with the last of its ten aircraft to leave the fleet in 2022. The first of these completed its last regular service on 31st December 2019 and was stored and painted all white prior to being ferried to Knock Airport to be dismantled. It arrived in Knock on 20th February this year to begin the process of dismantling by EirTrade Aviation. It was reported at the time to be the first of four aircraft due to be parted out at Knock. This airframe remains complete at the moment but work will commence shortly to dismantle the aircraft.

The Airbus A380 never operated on a schedule service to Ireland but several have visited Shannon over the years. During its testing phase, Airbus sent over an A380 for crosswind training and Air France examples have made a few visits on technical diversions. British Airways brought one to Shannon for a training flight and a photo opportunity with their baby Airbus A318 which was on a stopover on the LCY-SNN-JFK route. A British Airways A380 also visited Dublin in 2013 for the Flightfest along the River Liffey but didn’t land in Ireland on that occasion.

With the onset of the COVID-19 pandemic and the reduction of flights worldwide during March and April, the need for the Airbus A380 was being reduced on a daily basis. The planned cut in flights and capacity by airlines resuming flights after the pandemic passes, means the likelihood that the A380 will return to the skies in great numbers is highly unlikely. On 20th May, Air France confirmed that it would not be putting the Airbus A380 back into the service after the pandemic and the remaining nine aircraft in the fleet would be retired. Emirates had also recently announced that it will put 46 of its aircraft into permanent storage. Lufthansa have indicated that it will put a maximum of seven of its 14 A380’s back in the air and move them all to operate from its Munich base. British Airways have moved six of its twelve A380’s to Chateauoux in France for storage pending a decision on its future operations. British Airways are expected to return the aircraft to service as they have recently continued with their planned heavy maintenance of the A380 with one having recently returned to Heathrow from Manila and another just been sent out for maintenance.

While only British Airways and Lufthansa may continue to be the only European airlines that will operate the A380 in future, Emirates will most likely continue to operate them for some years yet. The future does not look good for the Airbus SuperJumbo. With only one having been sold on the second-hand market and no cargo orders ever forthcoming, it is safe to say that while the COVID-19 pandemic might not be the final nail in the coffin for the A380, it certainly has put paid to it having a glorious future.