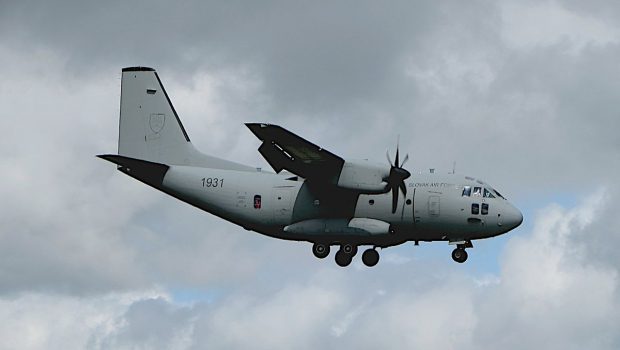 As the first phase of restrictions begin to lift and some sectors of the economy plan for reopening over the coming weeks, some countries continue to repatriate their citizens from around the world. In recent weeks, flights have been operated to Dublin for repatriation of citizens to Saudi Arabia and Qatar. The Indian Embassy has confirmed that the first of its two flights will be flown by Air India and will operate next Saturday (23rd May) using Boeing 787 Dreamliners.

The Slovak Air Force are in the process of operating three repatriation flights from Dublin to Malacky Air Base north of Bratislava. The first two have been flown by ‘1931’ a C-27J Spartan transport aircraft which has been fitted out with a number of airline style seats. 36 Slovakian citizens have been carried on each of the first two flights with a third flight scheduled to operate on Tuesday (19th May).

The majority of flights into Ireland in recent times are carrying cargo supplies to help maintain trade links between Ireland and the rest of the world. Aer Lingus have recently completed their 100th rotation between Dublin and Beijing with PPE (Personal Protective Equipment) for front line workers in the HSE. Other flights to Dublin are being operated by Finnair who have started a run of 23 flights from Guangzhou in China via Helsinki operated by their A350 aircraft. Virgin Atlantic have commenced their new cargo only service operating Los Angeles – Dublin – London Heathrow using Boeing 787 Dreamliner’s arriving early morning into Dublin for a 90 minute stopover twice a week. Emirates have also commenced a weekly cargo only service from Dubai using a passenger configured Boeing 777-300ER aircraft.

Aer Lingus and Ryanair both continue to operate a skeleton service to some destinations in the UK and Europe. Aer Lingus have three times daily service to London Heathrow, a daily service to Amsterdam and some to Manchester and Birmingham. Ryanair have announced that they intend to ramp up their number of daily flights from July with possibly 1000 flights a day operating across their network. They would usually operate around 3000 flights per day during July/August. Stobart Air have cancelled all but their two PSO (Public Service Obligation) routes from Dublin to Donegal and Kerry. Cityjet are not currently operating any flights and with the phasing out of their Avro fleet continuing, it remains to be seen if any of these will return to service as cutbacks by Aer Lingus will most likely see the end of their service to London City which had been operated by Cityjet