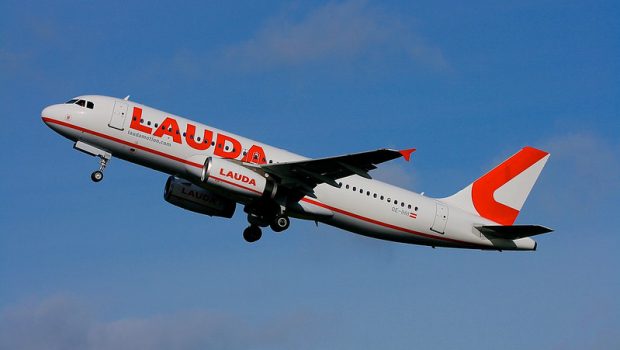 Ryanair’s Austrian subsidiary, Lauda, is to close its Vienna base from 29th May. The announcement comes after the transport union refused to accept pay cuts for employees of the carrier requested in the aftermath of the coronavirus crisis. Ryanair had earlier threatened to close the base if it could not get agreement on salary cuts for Lauda employees in Vienna. Vida, a trade union representing workers in the transport and service industries in Austria, refused to agree to a contract that stipulated reduced wages for Lauda employees. The Union had claimed that the entry level wages for Lauda workers was below the Austrian guaranteed minimum income.

The Vienna base, which is the main hub for Lauda has a fleet of 27 Airbus A320 aircraft. Lauda Air was originally established by Formula One racing driver Niki Lauda in 1979 and has operated as Laudamotion since 2016. It reverted to the Lauda name in March 2019. The Ryanair Group took a 25% stake in March 2018 and completed the takeover in January 2019. The airline was expected to place a large order for Airbus A321NEO aircraft but this was put on hold due to the COVID-19 outbreak. Group CEO Michael O’Leary said in a recent interview that he does not expect to order any Airbus aircraft anytime soon and that Lauda would continue with about 30 Airbus aircraft and possibly replace them with Boeing’s over the next couple of years. The airline has three other smaller bases, two in Germany, in Dusseldorf and Stuttgart, and one at Palma de Mallorca in Spain.