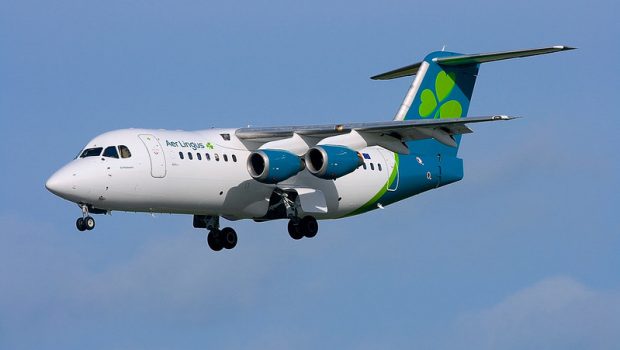 Aer Lingus have terminated the Cityjet contract to operate the service between Dublin and London City Airport. The route is being terminated for the time being and Aer Lingus will not be replacing Cityjet. Cityjet which has been in examinership since April currently have two aircraft painted in the Aer Lingus livery to operate this route. Cityjet have been operating on the Dublin to London City since they first commenced operations in January 1994 when they flew the route as a franchise for Virgin Atlantic. They have been flying the route under the Aer Lingus banner since October 2018.

“The impact of Covid-19 on the airline industry, including the closure of London City Airport, and the uncertainty of its duration has regrettably required Aer Lingus to terminate its wet-lease agreement with CityJet and cease operations for the foreseeable future on the Dublin-London City route,” a spokesperson for Aer Lingus said in a statement to RTE.

In better news for Cityjet, their contract to operate services for SAS has taken a boost with a number of these routes being established again during June. The routes from Copenhagen to Aberdeen, Bergen and Stavanger and from Stavanger to Aberdeen will all be operated on a once daily service from 8th June using a Cityjet CRJ-900 aircraft.