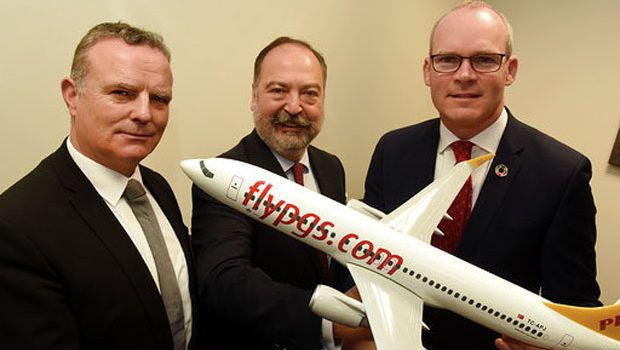 Cork based Atlantic Flight Training Academy (AFTA), has announced a new Pilot Training Partnership with Pegasus Airlines, a leading Turkish low-cost carrier, to train cadets for their future careers as commercial pilots in 2019/2020. The 20 pilot candidates who will be involved in the pilot training program as part of the partnership between AFTA and Pegasus Airlines will go on to receive 18 months of extensive training in Cork.

The new pilot training partnership between Pegasus and AFTA will see successful student cadets fly AFTA’s next generation Glass cockpit Cessna 172’s for the initial phase of the flight training, followed by the Diamond Twin star DA42’s for the advanced phases. 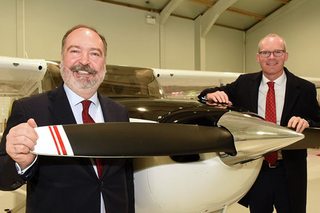 Speaking at the AFTA – Pegasus Airlines Partnership announcement in Cork, An Tánaiste and Minister for Foreign Affairs, Simon Coveney, said: “Ireland is internationally recognised throughout the Aviation industry, with 50% of the world’s leased aircraft fleet managed from this country, which is a remarkable achievement for a small nation. Equally impressive, is the global ambition of Cork Airport based Atlantic Flight Training Academy, who next year will celebrate 25 years training Irish and International cadets for their future careers as pilots with leading world airlines. AFTA has put Cork on the map, as a global hub of excellence in Pilot Training through its successful ‘Mentored Pilot Programmes’ with its leading airline partners, including, Ryanair and Stobart Air and cadet training partnerships with airlines such as Air Astana. Today I am delighted to announce AFTA’s new partnership with Turkey’s leading low-Cost Carrier, Pegasus Airlines. I wish every success to the future AFTA trained pilots with Pegasus.”

Mehmet T Nane, Pegasus Airlines CEO, said: “Generating employment in the sector has been among our main goals at Pegasus Airlines in recent years. In this context, pilot training programs are of vital importance to us. As part of the pilot training agreement we signed with AFTA, an academy which has an impressive track record in training international pilots to the highest standards; our Turkish pilot candidates will be trained in Cork for around 18 months, which is a source of great pride for us. We wish the greatest success to our students who have devoted their lives to becoming a pilot, a profession of great responsibility, and we look forward to seeing them on our Pegasus flights.” 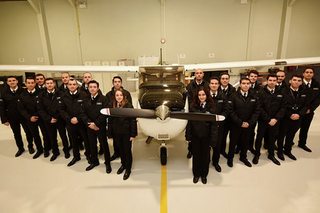 Managing Director at AFTA, Mark Casey, said: “We are proud to have been selected by Pegasus Airlines to train cadets for their future careers as commercial pilots in 2019/2020. Our new partnership with Pegasus Airlines is testament to AFTA’s successful record of helping leading global airlines to train their pilots to the highest possible EASA standards in a training environment designed to challenge and enhance their cadets flying skills. AFTA will celebrate 25 years training commercial pilots in their careers next year and we look forward to a further 25 years expanding the business on the world stage.

Enda McDonnell, Manager Fintech, BPO, Business and Consumer Services, Enterprise Ireland said: “Enterprise Ireland has worked closely with Atlantic Flight Training Academy since 2010. This is a company bringing an innovative approach to pilot training, with cadets learning essential piloting skills through training in aircraft, as well as next generation flight Simulator technology. The flight school is renowned in the industry for its highly successful pilot training partnerships with leading airlines, including Ryanair, Stobart Air, Air Astana and most recently today, with Pegasus Airlines. AFTA collaborates with Cork Institute of Technology’s Business with Aviation Studies programme.

“Today’s announcement, marks the start of a significant partnership and Enterprise Ireland will continue to work with AFTA as it grows its international reputation for excellence in training.”