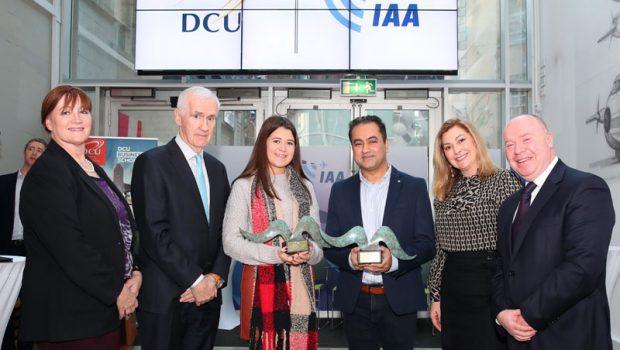 Two DCU Business School students have each been awarded a €5,000 scholarship by the Irish Aviation Authority (IAA). Ms. Emily Lawton from Edenderry, Co Offaly is in first year of the BSc Aviation Management. She was bitten by the flying bug from a young age and received a gift of a flying lesson for her 17th birthday. Her ambition is to become a pilot.

Mr. Avinash Kharbanda received his reward for the Post Graduate programme MSc Management (Aviation Leadership). Avinash is currently an Application Architect at IBM and has a life-long love of aviation. He completed a BSc in Chemistry at Mumbai University.

The scholarship programme has been developed by the IAA as part of the IAA’s ongoing commitment to supporting and promoting the growth and further development of aviation in Ireland.  It has been named as a tribute to the memory of Mr. Geoffrey O’Byrne White, an accomplished aviator and a former member of IAA Board. Mr O’Byrne White died in June 2018.

Speaking at the presentation, IAA Chairperson, Mr. Michael McGrail said that supporting the next generation of professionals to prosper and contribute to the aviation sector was  central to the Authority’s longer-term vision.

“We believe that our sponsorship of these scholarships will promote aviation as an attractive and sustainable career for young men and women in the future. The IAA plays a central role in the aviation sector in Ireland.  We view our role not just as the delivery of our day-to-day functions.

“On a more strategic level, we are committed to planning, supporting and promoting an aviation sector that is continually growing, improving and contributing to the well-being and success of Irish society.

“The sponsorship is in honour of the late Geoffrey O’Byrne White. Geoffrey was a dedicated aviator who contributed greatly to the industry. He was a pilot with the Irish Air Corps and, as a recruitment consultant, he helped many young people find a career in aviation. His skills and experience proved invaluable to several private sector airlines before he joined the board of IAA, where he served for two terms,” Mr McGrail said.

Professor Anne Sinnott, Executive Dean of DCU Business School said, “We are honoured to partner with the IAA through the Geoffrey O-Byrne White Memorial Scholarship. Mr O’Byrne White played such a significant role in the aviation sector in Ireland and was a leader in his field. We are honoured to memorialise his legacy through our association with this scholarship.

“The DCU Business School aviation degrees contribute significantly to Irish aviation. Against this background, we very much welcome the two scholarships provided by the IAA, which will permit two students to avail of our aviation education programmes. We hope to develop even stronger ties with the IAA in the future,” Professor Sinnott said. 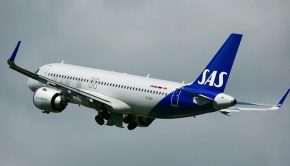