As we reported in May, the long term Search and Rescue Helicopter tender for the Irish Coast Guard is due 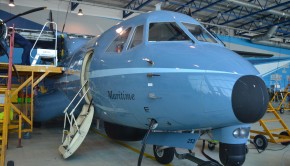